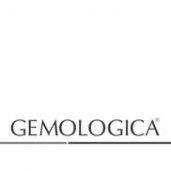 ↳ Item never shipped, no communication
is not affiliated, associated, authorized, endorsed by, or in any way officially connected with Gemologica, or any of its subsidiaries or its affiliates. The use in this website and/or in related promotional print or video material of trademarked names and images is strictly for editorial and descriptive purposes.

Gemologica → Unfair business practices! Failure to deliver what I PAID FOR!

My fiancé and I decided to order our engagement rings from Gemologica.com last month in March of 2021. We ordered 2 alexandrite rings we ordered an oval cut set in a silver band and a cushion cut set in a gold band. Waited a couple weeks and when they finally arrived the gold ring was completely wrong… Read more➤

Fist of all, good luck speaking to some one over the phone, the phone number on their website is not existent, all communication is only via email. The way you will be treated with this company is extremely UNPROFESSIONAL. I placed a order worth over $1,300 CAD and specifically asked this company (as the sender) to ensure… Read more➤

Gemologica → Goods not received no refund

I placed an order for a baby gift, a ring in december, paid via paypal, still have not had delivery in february, Lodged complaint with payapl, they have been given post tracking number that says delivered, so they will not take it further, i have asked on more than 15 occassions to get a refund as they… Read more➤

Gemologica → I never received the goods I purchased

5 years I ago I made the mistake of purchasing a $320 0.5carat heart gold pendant from Gemologica. I informed them the first time that I never received the pendant and so they sent me a claim form to complete. I completed that and then they said that they would send another one. I didn't receive it,… Read more➤

I'm surprised! My wife has epilepsy. 7 years ago he was gradually plagued by this disaster, until then he was a healthy person, without harmful habits, engaged in sports, energetic, but gradually the disease progressed and defeated. treated. For 3 years we didn't know what seizures were anymore, the pile of herbs had already shrunk, she had started playing sports again. But on February 13, it suddenly reappeared - watching, watching Friday night's comedy on TV, we were scared, we called fast, 30 brigades arrived. Doctor, well, if a 20-year-old, who himself was anxiously muttering all the time, what was happening, the nurse who had been driving at the beginning of the illness shouted at us householders what you call unnecessarily, it is a nervous breakdown,she just turns out to insult us as much as she could until she finally injected Diazepane and analgesic! I'm surprised at this, but now the "doctor" surprised me, she sat and looked pale.