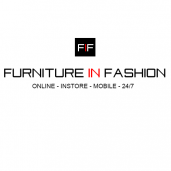 ↳ Couch Under warranty but no being replaced.
Vhive Singapore

↳ Why your patrol units are so annoying
West Elm

↳ Damage to my door upon delivery of mattress and box spring.
Wayfair

↳ unethical behaviour, scam
is not affiliated, associated, authorized, endorsed by, or in any way officially connected with FurnitureInFashion, or any of its subsidiaries or its affiliates. The use in this website and/or in related promotional print or video material of trademarked names and images is strictly for editorial and descriptive purposes.

I placed this order for a dressing table over 2 months ago Finally after 1 month I receive the item – but the item is damaged! The courier left it outside in the rain, the MDF wood as peeled and the box fallen apart, a huge dent on the side of the dressing table. I was advised… Read more➤

Received my item and half the parts weren’t there been waiting for over a month to receive them. Did not speak to anyone at the place about this you have to do it all through online. This is a way of fobbing you off 😡🤬 I would like to speak to someone about it what’s going to… Read more➤

They actually blackmailed me to take down my last review otherwise they wouldn’t send me out a replacement chair frame due to their damage! When I received the first set of my 6 Ravenna chairs they had rust, scuff marks and dents all over the chrome. When I sent them photos they actually said “we don’t see… Read more➤

Customer service non existent. Goods ordered, no mention of delivery, phone goes to answerphone, message left – no reply. Had to E mail CEO with threats of exposure on social media to get response. Goods arrived with damage. Had to go through same procedure. Complaint now with Trading Standards, and posted on social media. WILL NEVER USE… Read more➤

Useless company – unreliable communications & untrustworthy service & 10 pound cancellation charge – avoid at all costs! I ordered a coffee table from this company over the web and got an email receipt but then heard nothing back from them. So 2 days later I got in touch to find out what was going on with… Read more➤

Useless company – unreliable communications & untrustworthy service & 10 pound cancellation charge – avoid at all costs! I ordered a coffee table from this company over the web and got an email receipt but then heard nothing back from them. So 2 days later I got in touch to find out what was going on with… Read more➤

FurnitureInFashion → country sideboard in white with 3 doors and 1 drawer

Order Number: 155933 I ordered their ‘Country Sideboard’ in white on Monday 02 April 2018. The item arrived chipped on the top and did not assemble correctly despite following the instructions to the letter. We even took it apart and reassembled it, as advised, but the door would still not align properly. I sent photos of the… Read more➤

Stay away from this company for your peace of mind!! i had ordered for a dining table and 6 chairs. First of all the whole order took 2 months to arrive for which they were good in terms of keeping me posted. Once the products arrived; the chairs we received were not of good make/quality hence we… Read more➤

I received a coffee table which required assembling. Part way through assembling the table I noticed the under side of the table was damaged but also that an attempt had been made to fix the damage with putty glue! I complained about this and furniture in fashion told me I would have to arrange for and pay… Read more➤

Furniture and Inventory
Share Report
Most Reviewed:
I have problems in my account
→ Offerup | 81 reviews
Terrible customer service from a manager
→ Rite Aid | 109 reviews
See you later cc
→ Consumer Cellular | 133 reviews
Fraudulent website shows inventory in stock but actually isn’t!
→ GearZone Tactical | 3 reviews
Overpriced tickets with no recourse to revoke purchase
→ Ticket Center | 36 reviews
Reimbursement nightmare
→ Blue Shield Of California | 30 reviews
Still have not received my order or refund
→ LookFantastic | 77 reviews
*** won’t send me my heads
→ Speedmaster | 52 reviews
I would like to know when i am getting my order.
→ Shoe Carnival | 59 reviews
Daughter not granted anesthesia coverage
→ Aetna | 76 reviews

I have been with the company for two years. There was no complaint about management, remuneration and attitude as soon as I did not leave my job in Melbourne (I will not say the address). Of course at work many complained that the shape is not good, the circumstances are not like that, but when I go elsewhere to complain claims even more because g4s provide the form in my opinion the best. At first it seemed that I had been in a real gold hole, I took the courses for the certificate, I got the certificate, the office was super, I didn't really complain about anything... But the time came when I left, because the objects were not given elsewhere. They said that if they did not get the job elsewhere, they would take care of it. Now I don't get a job in some companies that I have at home and where I would be ideal to go and work. The immediate boss laughs behind him, there is no holiday, if there is, then it should be marked on the calendar and it is worth celebrating. If you don't know how to sneak in the back, then you are bad, some good drinker guards in the eyes of the boss with smell and sniffs every day at work was better than me. At the end of the job, when I leave, there are rumors in your private life, etc.