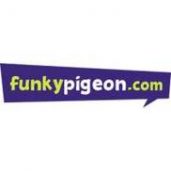 ↳ earings and insect repeelants
is not affiliated, associated, authorized, endorsed by, or in any way officially connected with Funky Pigeon, or any of its subsidiaries or its affiliates. The use in this website and/or in related promotional print or video material of trademarked names and images is strictly for editorial and descriptive purposes.

It was my sisters 21st birthday yesterday and due to covid we can not visit her. She was alone on her 21st birthday and i sent a card with chocolates and a bottle of prosecco. She recieved the card but no gift. I am absolutely furious about this as i spent £30 getting this ordered and it… Read more➤

I placed am order for a personalised card. I added a few gifts to this order such as Lily O Briens chocolates, Retro sweets and a wellness book. It should not be a problem to edit the add on gifts such as chocolates. I placed my order and a few minutes later wanted to remove The Wellness… Read more➤

I received a roses bouquet on Valentine’s and I and my husband couldn’t be more disappointed. They have arrived dried and dead. They look like they have been around for a couple of weeks and are ready for the bin. It is our first Valentine’s today and they have been able to ruin it. The flowers look… Read more➤

Just received a bunch of dried flowers sent from my husband. I am absolutely shocked. Loose bits were in the box, obviously dead stem in the bunch and every time I move them bits drop off. The description on line says they will last a year. I don’t believe they will last a week. So angry, especially… Read more➤

Both of these items have been delivered late. The card seven days late. The cushion not arrived as yet. I ordered them to be despatched and to arrive on their birthdays. But surprise ruined. Waste of time ordering them to arrive before as what’s the point in having a Birthday! Orders numbers. Uk000021307494 Cushion To June Baird…. Read more➤

I’ve requested to be removed from the Funky Pigeon email list approximately 10 times by clicking the unsubscribe button and replying with the word “UNSUBSCRIBE” but this does not work. They continue to email daily and I do not want to receive these emails. I have contacted their Customer Services regarding this and they have not responded,… Read more➤

Hi my name is Tia Renshaw. Order number: UK000020534802 Ordered on : 10-11-2017 My email: tia-louise.[protected]@outlook.com I’ve very disappoint in this company I have order so many cards from them before. I’ve never had so much stress over a card I order 6 days ago that has never arrived. Not only has it not arrived I’ve recieved… Read more➤

Firstly I had a massive problem to finish creating a "card" as this editor doesn't work properly. After 5 attend somehow I've menaged to do so, cutting corners and making it so much poorer as it was planned! I was unable to add any flowers to it as each one I've clicked on where giving me "oops… Read more➤

2020. For the year I had a debt over the apartment of 2700 dollars. My apartment is taken away and the bailiff starts to take the amount from my salary. She took out the amount more than it was and the last time I went to see her, she said how everything is paid. But now she again sends me to work the same page for 2020. G. But already 3800 dollars... I went to the house of the municipality and found out that she did not send him a single cent of my debt, where disappears all the money maybe in her pocket... Why do I now need to pay the same debt again, but more to her. And she doesn't want to create a document where everything is written about what she again wants to take from me for the second time money... Please help, this is not normal. tel. mob. 29188076; 63420864