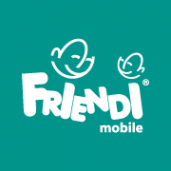 ↳ A step into the past only upload until episode 20
Fido

↳ End of contract and extra charges
is not affiliated, associated, authorized, endorsed by, or in any way officially connected with FRiENDi Mobile, or any of its subsidiaries or its affiliates. The use in this website and/or in related promotional print or video material of trademarked names and images is strictly for editorial and descriptive purposes.

I did the package of 1.99 sr which deducted from my balance and it became 10 riyal something then after few hours msg was sent to me that my balance is less then 1 sr . Where did my balance go and I had closed the mobile data I checked everything I don’t know how my balance… Read more➤

My name is Mohammead Dalowar Hossain and my iqama number is-[protected]. I have taken only one number in my iqama, that is [protected]. But now it’s showing 4 numbers in my ID. I would like to cancel all other 3 numbers other than I mentioned above. All those numbers have been taken without my knowledge by misusing… Read more➤

Dear Team, Kindly note that I have purchased a new sim on June month having data pack 2GB Day time & 4GB night time with unlimited validity, but when I have checked the balance I found my remaining day time data converted to Anytime usable data & night shift data (around 2.5GB) finished. But I haven’t use… Read more➤

I was asked to write about this institution by a classmate - a very diligent and nice person who has been really cheated and kidnapped years of his life. Here is what he said: I learned about LBK from their intrusive advertisements in elevators and mailboxes. It was in 2017, when they bravely wrapped up with their crooked letters, but I got caught up then because I didn't read the news. It turns out that not only was there no budget space and there was never as much as I realized, but also the amounts I had to pay for the lectures were absurd. It is never an economy to study for only 2 years, because you would actually have to spend the whole 3 years, because you will be thrown in the first half of the year, because "we recommend changing your field of study". In reality, it manifests itself in such a way that it is probably not profitable for them to teach those unhappy leftovers, the attitude of the teachers is also strange, there is a feeling that they are not paid. Well, I also changed my programming to company management, but I didn't want it at all, I had to get the paper. when I realized that it was definitely not for me, because it didn't seem binding, I paid a lot of money to get rid of it. The result: thousands are wasted, no hoops, no education, just problems and bad attitudes on the part of all employees. The teachers were not happy when I said that I was leaving. Terrible.