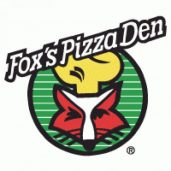 ↳ not being open and unable to sell the advertised product at 10:00am MST
McDonald's

↳ BK APP and receiving my order NOT the way I asked for it!
is not affiliated, associated, authorized, endorsed by, or in any way officially connected with Foxs Pizza Den, or any of its subsidiaries or its affiliates. The use in this website and/or in related promotional print or video material of trademarked names and images is strictly for editorial and descriptive purposes.

two pizzas arrived burnt cold and difficult to try to chew. They remade them and an hour and a half later two more burn cold pizza’s . Woman told male who answered the phone , tell him no mgr on duty. Lost my business . Had been buying Fox,s since mid 1970’s. No more. User’s recommendation: Ship… Read more➤

First few times I had delivery the order was wrong every time. They got upset when I complained and said it was my fault. Since then they informed me it would take two hours to deliver when they are only 1.5 miles away. They only serve white people. User’s recommendation: Must be white.

Mozzerala sticks , French fries and chicken fingers tasted like they were reheated instead of fresh. The Itailian Hoagie my husband order had more bread than meat and etc. it was $31.00. Worst take out we have ever had. We will not order from here again. 11/21/2020 User’s recommendation: Dont order from Bedford’ Foxes Pizza Den.

living near the Foxs in Wilmore Pa we have been satisfied with the product but this past weekend as we were camping near Brookville we thought we would try it. WHAT A MISTAKE!!! it had to be the worst pizza we ever ate! there were 4 of us and we all agreed it was terrible and almost… Read more➤

Why does the Fox’s Pizza in Leechburg, Pa. menu”s Always different that the ones at Sarver, Tarentum, Lower Burrell. They have a nice color printed menu listing prices and food listings.

When I called in my order I Asked for a custom chicken parm sub with breaded chicken instead of grilled .They sell breaded chicken tenders so I figured they could do it they told me “No,” on the phone and gave me no reason why. So I thought I would ask the manager in person while picking… Read more➤

When I ordered a pizza, I felt like the employee! I worked retail for 34 years, and I was a boss! Employee actually not even nice. I had to thank her! My main complaint is, I always tip! Driver is great. My last experience, is my pizza was not hot. I ordered a large deluxe for $17.99… Read more➤

Fast Food Restaurants
Share Report
Most Reviewed:
no longer delivers the service it was once known for!!
→ The Net-A-Porter Group | 6 reviews
Latex allergy
→ Mylan | 66 reviews
Denied use of restroom
→ Starbucks | 93 reviews
Do not expect to honor deal already made without getting mad and making threats to you.
→ RNR Tire Express | 61 reviews
Worse Customer service ever experienced in my life
→ Telebrands | 124 reviews
Needed assistance in connecting the extended families when a brother and sister married each other’s sister and brother so two family trees needed to be connected from two different couples
→ MyHeritage | 74 reviews
Poor service, clothing mislabeled
→ Jodishop | 83 reviews
SALVATION ARMY SUCKS.
→ Salvation Army | 84 reviews
This is the worst ltl carrier i ever had to deal with
→ Yrc Freight | 39 reviews
So people know what they are getting into.
→ Gillece Services | 12 reviews
Copyright © 2021 CLAIMBO.COM. All rights reserved.