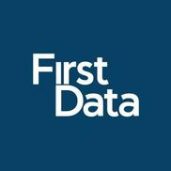 ↳ Titles department
is not affiliated, associated, authorized, endorsed by, or in any way officially connected with First Data, or any of its subsidiaries or its affiliates. The use in this website and/or in related promotional print or video material of trademarked names and images is strictly for editorial and descriptive purposes.

First Data is so crooked, they have to change their name to Firserv. When you terminate service with them because their terminal is not functional, they keep charging you and don’t tell you about returning their broken terminal. They have made money from me for years before the break up and don’t see me as a business… Read more➤

Cannot use my ATM/Debit card/MasterCard to shop today 7/24/2021. Came home to a voicemail asking for verification. Voicemail said you were open 24/7. I guess not. User’s recommendation: Make sure you really are open 24/7 as you say you are.

First Data → Problem with the screen with my terminal

I would like to replace it with a new one. Theres a problem with the screen . Please call me back this number. My address is 5407 park ave h2v4g9 the company is called yuukai. The company phone number is 515-303-**** thank you

First Data → Old machine return as we got new one

We have our old machine broken and we asked for replacement, we got the new one and now want to return the old clover machine.

Original review updated by user May 04, 2021 Hidden fees, really poor customer service, told one thing, they do another. Denied receiving equipment even though it was signed for to the tune of being charged over $1700 which in the end they paid back in dribs and drabs when they finally conceded to the fact it WAS… Read more➤

I am already a clover user, and a guy name: Mark Rim come to my store, and telling me he can cancel my previous account, and transfer to a cheaper clover account. Because he works for first data in US. He told me he can lower my lease from 70 to 30. And my rate he said… Read more➤

I am a small business owner and a representative came to offer me the first Data service to process payments, but he never explained to me that it was a 4-year contract and that I could not cancel until that term ended. At that time I had another bank to process…

First Data → Being billed for remainder of leased returned equipment

I updated my credit card processing terms through my bank representative who contacted me and told me she could bring my cost down. At that time I told her I only had two years left on my lease and did not want to sign any contract that I could not terminate at any time. She assured me… Read more➤

Because I always know that I need to register at the City Mall Jugli store, but when I meet someone I know at some point in time with registration, the penalty receipt is already in the window before the visit to the store. Nowhere is it stated how many minutes after the stop registration is required. It turns out that if a person is allowed to move, a penalty receipt is automatically issued.