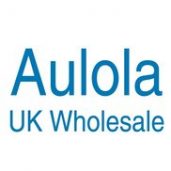 ↳ I ordered a bunch of pencils
is not affiliated, associated, authorized, endorsed by, or in any way officially connected with Aulola, or any of its subsidiaries or its affiliates. The use in this website and/or in related promotional print or video material of trademarked names and images is strictly for editorial and descriptive purposes.

Aulola → I ordered a bunch of pencils

I ordered a bunch of pencils early September and received the package more than 3 months later. The strongly advertised pencils from a major brand that I would not mention here turned out to be a very basic simple kit that is usually bought for kids to draw. They wear out quickly and the impression is of… Read more➤

When will there be benches in the streets in the city, as it was in the so-called foreign language times? Demolition grazing? 10 years ago he was enough but they were demolished, at that time there was no surveillance camera. What problems now that the camera is full? Slaughter under each chamber one by one, where to sit a pedestrian at least!