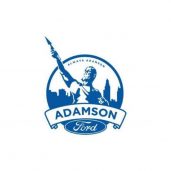 ↳ Adamson Said I needed a new Engine For $5270… Took It Elsewhere And Turned Out ...
Dealers

↳ Ford dealer installed extras scam
is not affiliated, associated, authorized, endorsed by, or in any way officially connected with Adamson Ford, or any of its subsidiaries or its affiliates. The use in this website and/or in related promotional print or video material of trademarked names and images is strictly for editorial and descriptive purposes.

December 2013, I brought the truck in for a tune up. After the tune up, Adam in Service (no longer there) told me I needed a new starter & flywheel… even though it was starting fine. I agreed to the work and scheduled it for the next day ($800+)… but after I went home realized I did… Read more➤

My husband purchased a used pick-up truck from an individual in December 2012. Prior to purchasing the vehicle, he took it to Adamson Ford and paid for a multi-point inspection. This includes lights, fluid levels, battery performance, tire and brake wear, operation of steering and suspension, cooling system, exhaust system, wipers, and transmission. In January 2013, after… Read more➤

I purchased my first Ford from Adamson Ford in Birminigham Alabama the first of the year. When I got home and had a chance to review the car, I found that the 2 dealer installed extras that I paid for wer never installed on the car. For months I have tried to get Adamson to correct the… Read more➤

Adamson Ford → Crooks ! will lie and avoid u not return calls

I purchased a 26k$ BMW Z4 2007 model from these folks…car? great paperwork? NOT so great…we completed the deal they got paid and when i went to get my tag….i had to pay tax AGAIN that was already clooect BUT NOT paid by them…..when i called them to inform them they said no problem send us a… Read more➤

I own a 2007 Ford Focus and have received terrible service from Adamson Ford in Birmingham Alabama. Took three weeks to get part in. Ordered another part for something else and they sent the wrong part. They were to call when parts were in. I asked why they did not call, their answer "I lost your number"…. Read more➤