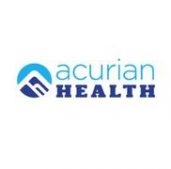 ↳ Scam covid-19 vaccine trials
is not affiliated, associated, authorized, endorsed by, or in any way officially connected with AcurianHealth, or any of its subsidiaries or its affiliates. The use in this website and/or in related promotional print or video material of trademarked names and images is strictly for editorial and descriptive purposes.

I was told I would receive compensation for participating in a clinical trial, and scheduled an appointment for a video visit. I WAS THERE ON TIME!!! THEY WERE NOT!!! I will NOT reschedule if you can’t keep up your end of the deal! Especially when you don’t even provide a number to talk to a LIVE HUMAN… Read more➤

I’m concerned how they obtain information on my problems cough. I don’t answer surveys or answer calls on the phone. I called this number [protected]. Sad to say gave them a lot of personal medical information. Hope I wasn’t set up as a scram. Please if you can would like my information deleted from their site. Wish… Read more➤

Received a letter from Acurian Research in about September. Well-designed phish to get personal information. Received follow-up after I completed the initial screening, scheduled an appt for a, “Video,” screening. Received an e-mail shortly thereafter saying that the study was currently filled and call back for an appointment at a later time. Kept getting reminders about, “Video,”… Read more➤

We and my friends walked past the green game, Phoenix, and decided to go inside and we were expelled from the hall. and very incumbent are the customers who come in. Passport saying very vulgar and very dashing uztsjas that ta (guarded gatherings is the place where you can showcase your bravuribu).Which ta They no longer have to do those miglmerkakiem and I would not iegriesties there.