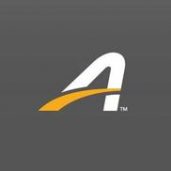 ↳ Getting out of market games
Zumba

↳ Zin membership
is not affiliated, associated, authorized, endorsed by, or in any way officially connected with Active Network, or any of its subsidiaries or its affiliates. The use in this website and/or in related promotional print or video material of trademarked names and images is strictly for editorial and descriptive purposes.

Signed up for a 3 v 3 soccer charity tournment, they used this service, next thing i know 2 years later i get a charge yesterday for 89.95 for a membership they said went along with it, even though that doesnt go the charity i was playing in. and i havent done anything else with them. Website… Read more➤

This company harvested my credit card information when I signed up for a half marathon through Rock N Roll marathons for Las Vegas. I did not sign up for a membership for any third party entity as Active has claimed. Unfortunately, they have scammed me several times now as the Rock and Roll uses active network to… Read more➤

We have emailed and emailed this group (you cannot get them on the phone, although it says on their website "unlimited phone support" and yet there is no where you can find a number to call. I called the sales line it goes directly to voicemail). The have held on to our money since late November and… Read more➤

My bank account showed an amount withdrawn for 89.95. I DID NOT SIGN UP FOR A RACE! I HAVE NOT BEEN ABLE TO RUN FOR OVER A YEAR. From the information that I have been able to find and read, this has happened to numerous people and has been going on for quite sometime. It is unclear… Read more➤

Active Advantage uses deceptive practices to steal money. When I registered for a couple of events in the Madison, Wisconsin, area, I was forced to create an Active Advantage account–no where in the process did it state that I was signing up for an annual fee of $89.95 that would be charged to the credit card used… Read more➤

Active Network → I was scammed and they refused to refund me

This company listed a sports event for another company (community evolve) and this was clearly fraudulent. The event had the wrong address listed for the event. The address was for the federal reserve and there was clearly no sports event being held there. I contacted Active since they are the company who accepted the payment for this… Read more➤

Active Network → auto billing for a membership I didn’t request.

I signed up for a mud run and somehow got entered into a free trial for Active Advantage. I realized this only after they charged my bank card $89.95. I got the email from them at the time of the charge, and every link on it I click is marked as insecure and not recommended by Google… Read more➤

I have signed up our daughter for a summer camp that (we now know) partners with the Active network. About a month after signing up, I received an email welcoming us to the “Active membership” and thanking us for the $89.95 payment towards it. I have called to ask about it and learned that the membership was… Read more➤