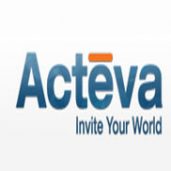 ↳ Acteva owes us money
is not affiliated, associated, authorized, endorsed by, or in any way officially connected with Acteva.com, or any of its subsidiaries or its affiliates. The use in this website and/or in related promotional print or video material of trademarked names and images is strictly for editorial and descriptive purposes.

This online event registration company ran online registration for us in October 2012, collecting over $120, 000 in credit card payment on our behalf. We were supposed to be paid in full (minus their fees) no later than January 2013. They issued false statements indicating checks had been mailed. In February, small checks started arriving, however we… Read more➤

Scam and Fake Checks
Share Report
Most Reviewed:
Firestone of Dothan Al. next to the Mall manage by Jeffrey
→ Firestone Complete Auto Care | 68 reviews
Nuwber and Onerep
→ Nuwber | 51 reviews
Killed 2 of my nieces dogs.
→ Cooks Pest Control | 11 reviews
Losted my 43 base in the plugin it was a new login but i put my info in the wrong space
→ Kixeye | 99 reviews
THIS CREAM IS NOT FOR ME.
→ Glamour Gold Ageless Cream | 80 reviews
Worst Realtor Sales Schyster Ever
→ Keller Williams Realty | 104 reviews
No shipping information before an item is already shipped
→ PartsGeek | 80 reviews
Return – customer services
→ SecretSales | 11 reviews
Terrible service, communication
→ Otis Elevator | 28 reviews
After you take our $ you take our adds off invalid email
→ PuppyFind | 77 reviews

Hello. I would like to inform you that you are not using the services of this computer ambulance center. offered for free. We waited a month until we were informed that the computer had a damaged motherboard. We concluded that the charger has not been returned. We recovered it after two weeks, which was not the original. So it took a year for an e-mail to arrive - a company is buying up / damaged computers. We contacted and a company employee came to see the computer. They find that the contents of the laptop no longer correspond to the original everything has been reduced (memory card, RAM, etc.) everything we could still sell. THIEFERS! I MUST check after each service whether it is still your computer with the original insides!