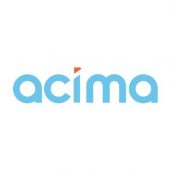 ↳ I recommend everybody to test InstaForex!
Endurance Warranty Services

↳ Online fraud with my credit card an unauthorized loan with td auto finance is active ...
is not affiliated, associated, authorized, endorsed by, or in any way officially connected with Acima Credit, or any of its subsidiaries or its affiliates. The use in this website and/or in related promotional print or video material of trademarked names and images is strictly for editorial and descriptive purposes.

My name js Maria Franquiz Lease number:6049187 When I opened the account with Acima through Dr. Snooze I was told at the time of signing the contract with Dr Snooze that I was going to be charged monthly. Acima took it upon themselves to charge my account bi weekly. I attempted several times to resolve the problem… Read more➤

I have been scammed, and I’m not okay with the way this company is conducting business. I’ve more than paid the worth of the tires now I’m being told I still owe more than they are worth. Furthermore, I will not pay $1200 for $500 worth of tires. Just doesn’t make sense, and not what I was… Read more➤

This is a follow up letter in reference to this account that was fraudulently set up by one of your merchant named: Waxwerks &;; Car Audio manager Tim Luther whom has been sent to prison for previous fraudulent activity. I have addressed this issue previously by certified letters, I sent previous emails to your Indianapolis Acima area… Read more➤

I didnt know u were going to charge me twice a month.. I called to change it to once a month.. but payment was to high .. yes I am pissed.. this bed will cost me twice what I thought it was

Acima Credit → Dealing with so much overpayment can’t Cancel my lease they lied to me.

Basically. I bought furniture. I brought Furniture from Today’s Furniture which is a horrible place to buy furniture. Then they told me that I would be pretty paying my amount through a simmer the rest of the remainder of the balance my purchase was 1135 I end up paying so far 1500 over that’s how much they… Read more➤

Acima Credit → About my credit

One day before thankgiving, november 25, 2020 i purchase a washer and dryer from preferred appliance sales and repair in summerville south carolina. I asked for the 90 days same as cash, and i was informed that i needed to call them to set it! now, mind you i paid 50 plus dollars in the store for… Read more➤

I agreed over the phone with CS rep at Mr. Nobody in Gastonia, NC to finish payments of my bill. I was assured that once my payment was through, I would released from any further payments. My payments are through, and now they say I still owe them over $400 because the 12 month lease isn’t up…. Read more➤

The complaint is as follows. 1. You doubled your subscription fee without alerting me. I had automatic bill payment set up. Debt accumulates accordingly. What I didn't know. 2. I wanted to switch to a prepaid card, the AMIGO consultant explained to me how this can be done in any Australian Pasts branch. It turned out that no post office could do this. 3. I could not opt ​​out of AMIGO services in any way. They finally succeeded. In a couple of months. As if the contract was terminated, a month later the next bill comes. Debt... Conclusion: Fraud Office, misleading customers, withholding information so that the customer stays with you longer.