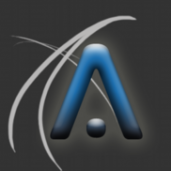 ↳ Achieve Technologies is a thoroughly immoral company
is not affiliated, associated, authorized, endorsed by, or in any way officially connected with Achieve Technologies, or any of its subsidiaries or its affiliates. The use in this website and/or in related promotional print or video material of trademarked names and images is strictly for editorial and descriptive purposes.

Achieve Technologies promises to work with you until you get your website operational. Then you find out that you have a limited number of coaching sessions. They say that they offer Live Support to assist you in building your website. Live Support is often unavailable due to a lack of sufficient staffing. When you do reach them,… Read more➤

I worked for Achieve Technologies for a while, but left because it quickly became painfully obvious that Achieve Technologies makes most of its money by taking advantage of desperate people through exaggeration, attempts at psychological coercion, and outright deception. At one point I got in trouble for not doing enough to maintain the deceptions created by the… Read more➤

Achieve Technologies → Will not honor refund

Received 2 very basic lessons over the phone from vision le. who i assume are employed by Achieve. Realizing it was not for me i canceled my training program. Have not heard a thing from Achieve regarding a refund of any type. This company tell you lies from the off and if you stay with them they… Read more➤

Their food is inedible!

Today I ordered 2 pea soups with some sweet chicken with rice and sushi. Conclusion - Tokyo City food is inedible at all. They don't know how to cook anything, waited 2 hours until they arrived and finally threw everything out. Soup kkads bald mashed chicken hard and disgusting. I even cook rice better in a pan at home. There is also the Ibio restaurant.