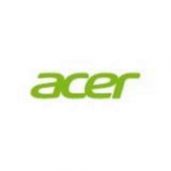 ↳ piece of s* computer
is not affiliated, associated, authorized, endorsed by, or in any way officially connected with Acer, or any of its subsidiaries or its affiliates. The use in this website and/or in related promotional print or video material of trademarked names and images is strictly for editorial and descriptive purposes.

Bought an ACER Aspire about 2 years ago. After about, 2 months I started having issues with the cord not making an secure attachment with the electric port on the computer. I have read thousands of complaints regarding this same issue. Obviously, it is a flaw in the product. Acer has done NOTHING to satisfy customers who… Read more➤

I bought an Acer Nitro 5 laptop September 8th 2020. A month ago my screen started flickering and I couldn’t fix it so I took it to the place of purchase on March 5th 2021 thats three weeks ago. I was told it would be sent to the main service location and should have it back in… Read more➤

One day – around mid december – my pull my $700 laptop out to do some work while my desktop was put up, and it just doesn’t turn on. There’s fans, but no lights and no display. I open the bottom to see if a display connector or power connector got unhooked or frayed, or if the… Read more➤

I purchased this computer less than a year ago. I have had nothing but problems with it. My screen suddenly disappears, pop-ups are so numerous, sometimes I cannot finish even a letter. For those of us who are writers, you must maintain your line of thought. How can we with so many pop ups? Even ones from… Read more➤

Acer → not accepting my complaint and claim

I bought an Acer laptop (Extensa [protected]) from Acer in August 2008. This is my only laptop which I work on. After some months it stops working on battery. Although battery shows as charged, laptop does not work on it. The laptop works only on current. I once changed the battery. The new battery from Acer worked… Read more➤

I’m malaysian, I bought a laptop acer aspire 4741g-332g50mn on 16 apr 2010 at kl, malaysia. This product have too much problem, it very frequent: I) auto restart Ii) suddenly blue screen Iii) not able to hibernate (it didn’t show hibernate failed, but the next time start up, it show improper shut down) Iv) after a moment… Read more➤

I bought n Acer Laptop from Sharaf DG, Bahrain on 1st March 2017. Paid Bahraini Dinars 10 more because Sharif DG sales person claimed the price is high in their shop to compensate the technical support available with them.in 10 days time found out that the DVD drive was very very slow even to open the contents… Read more➤

Thinking buying an ACER computer? DON’T! If you are going to throw money away, throw it my way. I made the mistake of buying an ACER Aspire 722 Netbook and within 3-4 months, the case split and a piece fell out. Not only that but the keys stick, it’s slow even with 2 gb RAM and the… Read more➤

Computers and Accessories
Share Report
123... 6 .
Most Reviewed:
False advertising/Deceptive business practices
→ RideSafely.com | 7 reviews
Six day service
→ Costco Canada | 80 reviews
Problem with a DVD
→ Dvdland | 63 reviews
Why not make customers happy
→ Sharper Image | 106 reviews
I placed an order April 23, 2019 for a pair of sandals and have never received my order but the money was taken from my account.
→ Hoiten | 29 reviews
Tax payment and custom clearance charges
→ Shein Canada | 77 reviews
Two chards of glass in wine
→ Olive Garden | 97 reviews
Rip Off. No Assistance. Berate Customers
→ Tresor Rare | 30 reviews
This place is just what was said about them
→ Cnac Financing | 88 reviews
Don’t by a travel trailer it’s worse than owning a boat
→ Dutchmen | 63 reviews

Hello! Very often goods are received damaged and due to careless transportation. Items are thrown, climbed on foot on them. This is my own conclusion, and a great many acquaintances, friends and relatives have found it. At times, it seems easier to pick up the product than to use your service, because the trader does not want to exchange the defective product, saying that it is the fault of the suppliers. I recently bought a rubber boat with all the accessories it needed and the pump was damaged one could see that the package had been summoned and thrown. They seem to be able to supply only rigid materials, metal or the like, as the more fragile often arrive unusable or partially damaged. I do not understand such indifference at all, because those goods are important and necessary for people. Don't want to use this service again! :(