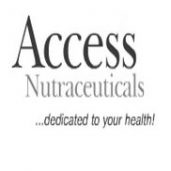 ↳ avinol pm
is not affiliated, associated, authorized, endorsed by, or in any way officially connected with Access Nutraceuticals Inc, or any of its subsidiaries or its affiliates. The use in this website and/or in related promotional print or video material of trademarked names and images is strictly for editorial and descriptive purposes.

I ordered the free trial box and paid the $4.95 required shipping charge. I very carefully searched to see if there was a warning in Fine Print as I have been burned before. there was no fine print so I felt safe. Never was there any mention of an auto ship. From all the complaints on the… Read more➤

I would like others not to "fall "by choosing Phoenix as their tour operator. We decided to go to France by bus this summer - it was complete butter! Guide Marija provided quite useless information (United States has some difficulties for her), the program was ill-considered - now it is not worth driving the nth kilometer, and then 45 minutes to see Luxembourg or Antwerp (just a lot of time was spent exploring these cities). Impression of guides - limited and arrogant. Yes, and then its collective purchase of tickets - for example, buying a ticket for an adult costs USD 9, -for a group - USD 7, - per person, but we were charged USD 12 per person at the beginning of the trip (to be cheaper? and faster). Bad business - profit USD 5, - per person. Yes, and then you still had to pay for breakfast (although it was included in the program). But that would still be a trifle compared to the last hotel in Poland (Paradise). I had never seen anything like it before! Part of the group was divided - suffocated rooms in the basement, terrible and smelly bed linen, used soap in the showers - the people were in shock! BEWARE of the travel company FENIKSS! (Yes, travel is also sold through other agencies.)