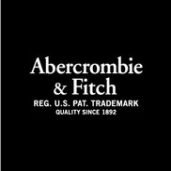 ↳ This company is a scam. Do not use
is not affiliated, associated, authorized, endorsed by, or in any way officially connected with Abercrombie & Fitch Stores, or any of its subsidiaries or its affiliates. The use in this website and/or in related promotional print or video material of trademarked names and images is strictly for editorial and descriptive purposes.

Order number [protected]. I bought an expensive outfit to take away with me. I purchased on 8/7/21. One piece was not in stock. Clerk check and item was available elsewhere and so I paid to have expedited for my trip. Now, the tracking number says it won’t be delivered until the day after i’ve left from my… Read more➤

See email that was sent to customers service below: I am a resident in the UAE and have used your website on numerous occasions. I placed an order on Friday 2nd July for 1, 963 AED (as shown in the screenshots below) and unfortunately have been charged 1, 963 USD which is a difference of 1, 428… Read more➤

The Get it by Christmas option would not work so would only apply free shipping by 12/27, after Christmas. So chose pick up option for Mon 12/23 so took it even though is a pain. And then on completion of order it says it will be ready by 12/24 for pick up. And now there is no… Read more➤

I just bought this pink hoodie on 31st August 2019 from New York store. It’s been a single day and now this hoodie is shredding it’s woollen dust all over on my floor. I mean i spent 60$ for this ??. I didn’t knew that the products of Abercrombie & Fitch are like this. Like literally just… Read more➤

Disgusting customer service!!! I placed my first online order and sure as hell the last one with this company. Their courier company (Landmark) SUCKSSS! They didn’t show up to my door to deliver the package, nor even made an attempt to deliver and left no notes to pick up from their location. I called company four times… Read more➤

I purchased a sweater and a polo shirt from this site, both as Christmas gifts which following the delivery guidelines on the site of 7-10 days, I believed would be here in time for Christmas. When they weren't, we gave them the benefit of the doubt in that shipping was delayed due to such high volumes around… Read more➤

My name is Bintou and I'm a cashier at Abercrombie & Fitch's flagship store on 5th Avenue in NYC. The CEO made $48 million last year, but workers like me don't get predictable hours, and we get on-call shifts that leave us waiting by the phone and never knowing when we work. I'm really excited that workers… Read more➤

I bought a jacket since last october 2011 and until to this date (January 2012) i didnt have the item. Evertytime i email them to ask, its always computer generated messages that answers me that says the goods is already with the local post office inspection and its the government legal process and its out of thier… Read more➤

Bought a pair jeans from Abercrombie & Fitch. Within 60 days they had a 6″ rip in the back. Fit was good. Wear was gentle. Product was defective. Went to store of purchase and was rudely “blown off” by an attractive Gen-Y Assistant Manager. I asked her to have the manager call me, and she promised he… Read more➤

i was trying to buy some stuff and kept receiving error codes, i felt suspicious and gave up, then all the sudden i received an email from them saying that they are processing my payment. (even though i didn't authorize the payment correctly since i kept receiving the error codes) i contacted my bank(bank of america) and… Read more➤