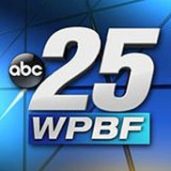 ↳ Why do you give credit to thieving Low life Lawyers?
LegalZoom.com

↳ Need a lawyer to help me solve my ezpass problem.
is not affiliated, associated, authorized, endorsed by, or in any way officially connected with Abc Wesr Palm Beach, or any of its subsidiaries or its affiliates. The use in this website and/or in related promotional print or video material of trademarked names and images is strictly for editorial and descriptive purposes.

I had referred a friend of mine a divorce case to attorney Joann Baron .My friend and I went to a meeting with the lawyer, and my female friend brought all she needed and a check for $ 500.00 and explain the lawyer that she has short time to answer the divorce papers.my friend paid $ 500… Read more➤

A store I would never recommend to anyone because I see such poor customer service for the first time. Arriving at their warehouse and entering their room, I asked where I could find out about the floorboards. The woman who sat at the table looked up, ignored, and kept writing, but the man continued to talk on the phone, I thought, well, I expected maybe something urgent. Waiting for 5 minutes no one seems to know you, you can walk around the warehouse to study the boards yourself and watch the rain from the ceiling drip onto the boards on top, which are already wet and not covered. Tired of waiting and asking if there is anyone who can say something about the availability of the floor, points me to the same butt, then either go back in and ask if there is anything that can be said about the floorboards. A woman with a man will see each other and a man will point to a woman, the same one who ignored us. I ask if there are floorboards available, the woman looks and does not understand anything, and shakes her head, then I realized that she does not understand American at all. I show him a sample and then either say no, then no answer as there is if in the warehouse we saw and show him where he is. I say that I do not want to have such wet dips and ask when there will be an addition, shake my head. Then either tired of shaking his head and asking in foreign if delivery is not planned, then he started talking that he was planning, but when you do not know, ask your colleague, but it hurts - never. The treatment of you that came when you take what is when you don't like to leave.And if you don't know American, maybe say it instead of talking to people who ignore you when you ask in American and have nothing to say but nothing, because there are people who tend to speak other languages. and no problem switching.