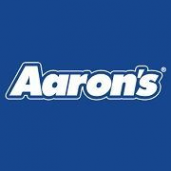 ↳ Rude supervisor & uncooked burger
is not affiliated, associated, authorized, endorsed by, or in any way officially connected with Aaron's, or any of its subsidiaries or its affiliates. The use in this website and/or in related promotional print or video material of trademarked names and images is strictly for editorial and descriptive purposes.

my name is justine hadden-sexton i rented a sofa, loveseat from Aarons. I only have one payment left but my recliner broke over two months ago. I have been in contact with the Milford de store. Some of the staff have been very rude. I get calls almost every day, for the final payment and I tell… Read more➤

September of 2020 I lease a bedroom set when the set was delivered I was not made me aware that the mirror was crack at the warehouse and the headboard had a big hole until after they had the other furniture in the bedroom. I was upset but the guy said that they can order another mirror… Read more➤

Aaron's → refusing to take back items

I have been a loyal customer of Aaron’s for 3 years now and recently ordered furniture and requested to have them to help me move some furniture I am currently leasing. I don’t have an accurate date to move due to the apartment complex maintenance and low staff so I called Aaron’s to cancel my orders well… Read more➤

Hi, Antonia and Lucy at your Addison, IL have been FAR from professional every time I need assistance. Antonia has been using the excuse that she is “new ” for the past months now in order to not assist with what is called for. They promise phone calls back that never happen and are disrespectful when they… Read more➤

The management in Morehead has decided that since they have their vehicle serviced at a local dealership, and I have a new job there (I was prev manager @ Morehead Aaron’s) they have called stating it’s a conflict of interest to handle the parts account for maintenance. It’s petty utterly ridiculous and I have no gain from… Read more➤

Never dealt with a company whom needed communication nor customer service training more than this one. We ordered a washing machine which was supposed to be delivered Friday June 4th. After not hearing anything by 4pm on the 4th we called since the store closes at 6. We were given several excuses about why it was not… Read more➤

The store i idea with came by my house to and woke me up from a sound sleep. I work nights and have ask them not to call or come by because of me sleeping. I, m only 5 days passed due and they know that i will alway pay my bill before the end of the… Read more➤

Unfortunately, I also finally had to face the incompetent operation of Australian Post and the terrible attitude towards customers. Respectively, about a month ago I ordered a shipment from abroad, which I have been waiting for even a month. Unfortunately, no message from the post was thrown into the mailbox all this time until I received a text message on my mobile phone yesterday, 16. 7. 18 at 11:01 am, with the text that the post has arrived at the post office. Unfortunately, I could not go and take him out immediately, because I returned to Australia late in the evening. Today - on 17. 7. 18, in the morning around 9am - 10am I received a call from a post office employee who warned me that my shipment will be sent back today, because I see that I have not come after him all this time. So then... My item has been in the post office for a month, but no message was sent to me. Great! I talked to the postal worker that I would pick up the shipment in the evening. After work, I immediately picked up the parcel and at 19:00 I arrived at the post office on Vabibas boulevard 32. There were 3 more customers in the post office, 2 of whom were served. I approached the post office worker and kindly asked if she could help me. I received a distorted answer to my question "I don't know anything, the mail doesn't work". I tried again, arguing that I had an emergency. The postal worker repeated the same phrase with ridicule. Then I started telling you that I had a shipment that I was going to send back, and that I had not received any delivery information from the mail, and that today was the last day to receive it. The postman, in high tones, simply said that this was not her problem, shooting me again and not even trying to listen. When I heard this, I asked if I could talk to any of the management. At my request, she specifically said that no one was going to talk to me now, because everyone was already at home. After a while, another postal worker approached, asking what was going on. I started repeating to her about her citation, about the fact that I was talking in the evening to pick up the shipment and also that her colleague did not even try to help me and rudely "without a little or sends me to all four sides". When the first employee heard this, he started shouting at me in a hysterical, screaming voice, as if I was now slandering him and telling my colleague "not even serving him, we are already closed to keep the swell away". I probably don't understand anything,it is probably now normal to shout at a customer who, not even through his own fault, has found himself in a situation where he cannot receive his shipment, which has been waiting for a month. The post office is to blame for the fact that couriers are not able and do not know how to throw notifications about the receipt of items, and the customer has to suffer from postal employees who, due to their incompetence and rudeness, cannot help the customer through their own fault! Also, by the time I was in the post office - the post office door was open because I went straight in at 19:00 and I would add that 2 people were being served at that time. And most importantly, I just needed to receive my shipment, which is very important to me! I urge the management of the Australian Post, in the future, to choose adequate, calm and kind employees, because today I received a simply disgusting,lowly and harsh treatment of yourself from your postal worker because of your own incompetence. And it is because of your incompetence that my shipment will most likely be sent back. The most horrible attitude and language I have ever received from a customer service representative.