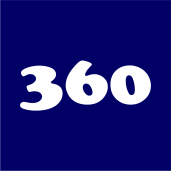 ↳ AVOID!
is not affiliated, associated, authorized, endorsed by, or in any way officially connected with 360 Travel Group, or any of its subsidiaries or its affiliates. The use in this website and/or in related promotional print or video material of trademarked names and images is strictly for editorial and descriptive purposes.

Avoid this agency, I don’t recommend the agency to anyone, the worst customer service in London. I bought a travel ticket at the beginning of 2020 in installments, as England and Brazil were in lockdown, I could not travel, I asked for a refund, they sent me the form and promised me that I would receive it… Read more➤

I will not say that incompetent, it would be more correct to say disgusting not only from club administrators, but also from office workers. The situation begins with the conclusion of an annual contract and the problems with payments begin in the second month. As if they had received the payments, the payment order was printed, taken to the club and the administrator's promise to hand over to the management was received and I had to wait for the call. Of course the call is not and already the case is handed over to debt collectors, when the call itself then says that everything is in order and everything is paid. Of course, nothing changes next, the drivers are starting to call the phone. This is followed by a long correspondence with lemon gym via e-mail and it turns out that the documents I brought have been lost and must be sent again. Next to the company, possibly the manager of the name of the lover who is an incompetent and timid person, because he refuses to meet on the spot and pronounce the situation, only sends mystical invoices with the amounts I owe. I have my own documentation that proves that I have paid, but see your hands shaking the guy on the spot to talk and sort out the situation. Next, cheat money, because it is stolen, but recovers. The following is already a course submission to ptac. In general, the company is unfavorable to customers, but it is already understandable from hundreds of negative reviews on both Facebook and complaints.org