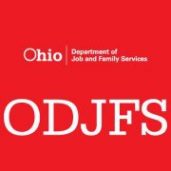 ↳ Sonja /Claims Dept
is not affiliated, associated, authorized, endorsed by, or in any way officially connected with Ohio Unemployment, or any of its subsidiaries or its affiliates. The use in this website and/or in related promotional print or video material of trademarked names and images is strictly for editorial and descriptive purposes.

My name is Christina Ross, 03-05-1976, [protected].. I have met all all requirements over and over and no one is fixing my benefits, ive been trying since December to get this fixed, on July 8th an adjudicator shut my account, on July 9th I was found eligible, and I still I haven’t received any benefits I’m going… Read more➤

My name is Karen Armstrong date of birth November 4, 1963. I became unemployed on July 6, 2021. I applied for Ohio unemployment benefits at that time. It has now been nine weeks since I applied. I have not received a single check to date. I have contacted the office of Ohio unemployment not less than 12… Read more➤

I have put every paper asked for in some several different times. I showed employment I sent tax returns and everything. I got locked out for 2 weeks and a lady took my 2 weekly claims and set it to I could get on. I have since then filed appeals and sent every paper and more to… Read more➤

Forgive me for providing personal information but it is necessary to explain my complaint. I left an abusive marriage after 17 years two weeks before the pandemic hit. I was working for Lyft as a driver at the end of 2019 and the beginning of 2020 sparsely only because I was hiding it from my husband so… Read more➤

05/24/2021 ID#[protected] was informed that a pua phone consultant wrote bad notes on my claim to Hold things up. I recall a girl who could not answer a few simple questions but i would have never known if another consultant did not tell me. I thought you guys were suppose to help people in a time like… Read more➤

2 months ago I was supposed to have an appeal hearing. No call no correspondence nothing. I’ve watched multiple family members around me pass away. I’ve worked the front lines without any compensation. I was denied my rights to pursue FMLA. Then I’m fired. 6 months later I’m waiting on an appeal hearing. I’m denied all unemployment… Read more➤

I have been trying to file since early April. There was fraud in my name so I couldn’t file until that was cleared. I was told that I would be notified when the fraud was cleared. I never heard anything. I’ve called numerous times and was transferred back and forth between departments and usually ended up with… Read more➤

Ohio Unemployment → No Payment of unemployment. No Status Updates.

I have been out of work since April 30/21. I filed for unemployment compensation. Unemployment has not paid me any benefits. Unemployment does not answer my questions: Do they need more information?; When will I be paid? How much will I receive? The on-line chat typically has 25 in line and consumes an hour to make an… Read more➤

I appeal my benefit denial due to the fact my information that was requested is already on file. I was still denied benefits for not providing documents. When I valled in, they said documents were on file and that they did not know why I was still denied. I would have to appeal. I appealed on 6/18/21…. Read more➤

Hello.. I filled an appeal for my denial on pua on June 8th.. I have called them every day since it passed 30 days.. just to keep being passed around.. giving wrong information.. contradictory information.. and still nothing being done. I have sent several emails to every department in their agency and I still can not get… Read more➤

Fraud What to call it?

I wanted to play because I had lost the night before. Come to New York. Opera. The guard wouldn't let me in because he said he didn't know me, I told him to la look at the previous night's recording of it. In reality, that evening you could see that the machines gave out winnings. I was not under the influence of alcohol or other substances. What does this mean in general? I went to the next hall and hit what amount that night was a good return to the machines and asked everyone to leave the hall?