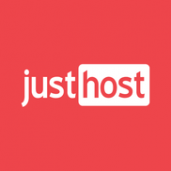 ↳ They are friendly and helpful, but their host is too slow
is not affiliated, associated, authorized, endorsed by, or in any way officially connected with Just Host, or any of its subsidiaries or its affiliates. The use in this website and/or in related promotional print or video material of trademarked names and images is strictly for editorial and descriptive purposes.

My site is not heavy, but it started to load very slowly. During the first two months, it worked fast enough. But now it takes more than a minute to open it and to access the admin panel. I turned to the tech support but they gave no exact explanations. Hope they will fix that in the… Read more➤

Just Host → They are friendly and helpful, but their host is too slow

I have a new website. There is not so much heavy content on it so far. Still, all the pages load too slowly. And it is hard to attract new users with such poor speed. I bought an expensive package from them. They told me it would be OK for a WordPress site. And now I see… Read more➤

Minibus Jaunmarupe-Riga Pass along the ermermurgistika street stop if it needs to pass ram around 10:33, instead, once a time it changes its route and turns from the Vecmoku street stop on the straight to Ojars veneries street and then completely no matter where. But the important fact is that you don't even get past a long stop for body engineering!