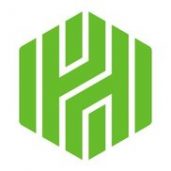 ↳ Funds still on hold
is not affiliated, associated, authorized, endorsed by, or in any way officially connected with Huntington Bank, or any of its subsidiaries or its affiliates. The use in this website and/or in related promotional print or video material of trademarked names and images is strictly for editorial and descriptive purposes.

I opened a checking account in early July with 3 small deposits from my online checking account at Chime bank. Chime has no branches anywhere, neither did my brokerage accounts that offered great banking/checking services when I had money to keep accounts there. I picked Huntington for the online banking application’s look and feel, and when I… Read more➤

My account was frozen for suspected fraudulent activity. NOTHING fraudulent was done, and to this date, I have STILL had no answers, no resolution & am in able to pay my cash on demand because I have no access to my account. I’ve made numerous calls, and even went to a branch office. No resolution.. no solid… Read more➤

hello: my wife and I had a large CD maturing so we called our local branch in Livonia, MI and spoke with Angela Smith on Aug. 4, 2021 and asked her what the new CD rates were. she said it would be better to move the money to a money market relationship account because it was paying… Read more➤

I was very offended by the way Luis Alvarez spoke to me. He automatically made assumptions about me. User’s recommendation: This was my first experience at Huntington Bank.

An app went into my Venmo and made it, so they could bypass Venmo and charge Huntington. I called, and the rep said he couldn’t handle that, I had to be transferred to the scam department. (This was 33 min in) then I said fine. Can u switch my account to free checking. Nope. You need the… Read more➤

I spoke with someone yesterday that told me I would be able to call in up til 9 pm to pay my overdraft charges on my account to avoid my account being closed .

I had unexpected fee charges tied to my checking account. As it was an obvious overdraft mistake on the part of the bank, I filed a complaint to the customer service. I have not received a positive response to my query. I filed another complaint, not to the general manager of the branch, and still to no… Read more➤