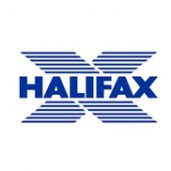 ↳ My account is still closed for security reasons!
is not affiliated, associated, authorized, endorsed by, or in any way officially connected with Halifax, or any of its subsidiaries or its affiliates. The use in this website and/or in related promotional print or video material of trademarked names and images is strictly for editorial and descriptive purposes.

Halifax → Compliments to my local staff

I have been banking with the bank at my local branch for 10 years, and I almost never have had any issues. Easy opening of credit cards, checking and savings accounts, decent mortgage loans. Most of all I like my local general manager, who has been with the branch 15 years, as he says. I know that… Read more➤

Halifax → My account is still closed for security reasons!

Since I contacted the bank and informed them about fraud activity with my bank account, they started investigating the issue. After some hours, they blocked my account to ensure my funds would be safe. I thought of it as a care because they were not interested in losing me as a client as well. Okay, but after… Read more➤

To pay from A / S Balva insurance indemnity and court expenses in the amount of a certain amount in favor of my client. More than 3 months have passed since the effective date of the court judgment, but JSC Balva does not comply with the court judgment, even though after the court judgment entered into force, the written and 2 applications with an agreement to transfer the insurance indemnity to a certain account. It should be noted that the first application, which was handwritten by the client and personally submitted by JSC Balva, has disappeared in an unknown order and as the employees of the Award indicate, it cannot be found. How can an application get lost? Fortunately, the second application has not disappeared, but unfortunately it is also not taken into account and JSC Balva still does not comply with the court judgment. As I found out in a telephone conversation, the lawyer did not have time to go to court. The only question is why the Prize staff did not ask for a copy of the court judgment, because when writing the application, the client had presented the original of the court judgment and asked if it should be attached to the application. For security reasons, I also send the judgment electronically. But it does not matter, because the laws of JSC Balva are sometimes not binding. Dear compatriots, based on my experience, I warmly recommend you not to join JSC Balva, because I think that this office is not worthy of you. The attitude towards the client there is also cynical.