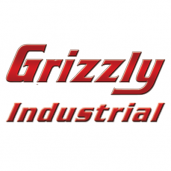 ↳ SCREWED ME ON PRICE
Equipment

↳ Zero custmer service
is not affiliated, associated, authorized, endorsed by, or in any way officially connected with Grizzly Industrial, or any of its subsidiaries or its affiliates. The use in this website and/or in related promotional print or video material of trademarked names and images is strictly for editorial and descriptive purposes.

Grizzly Industrial → SCREWED ME ON PRICE

I ordered power mortis tool on line and it said it would ship in 3-5 days. After three days I checked my order status and it said that the item was backordered. I called customer service and they said it would be seven months until they could deliver! I did not receive an email or anything telling… Read more➤

when i asked grizzly to send me new flat ones they told me my only option was to put my good flat original main table under tention and force the bad parts flat……. 2nd incident was they never shipped a 8 inch jointer i bought . it was discontinued . with no compensation User’s recommendation: BEWARE I… Read more➤

I ordered a machine, and Grizzly did not deliver it. I called customer service, and there was a zero response. I attempted to contact the President of the company, Robert McCoy, and also did not receive a response. I ended up filing a complaint and am getting a refund through Amazon Pay, still no sign of a… Read more➤

Grizzly Industrial → Need help with one of your Sanders

Ive had this machinery for a long time and was considering throwing it out and replacing it. Called customer service and they easily gave me the parts that I needed to fix it. Wow! Thats what I call service 🙂

No complaint. Got the part. All better now! Thanks

I bought an edge sander which needed parts after a few months. I bought a dust collector and they sent the wrong bags. I ordered belts for above edge sander and they are *** and wanted me to pay to have them shipped back and restocking fee. I would look somewhere else in future if I were… Read more➤

I ordered a bench top wood lathe (g0844) I’ve had good luck with grizzles in the past, still using a planner bought in 85. I chose this lathe over the Jet bench top because of the larger swing and what I was led to believe was a larger motor. The Grizzly website stated…

Grizzly Industrial → G0705 drill/mill – Motor makes a lot of noise, more that one would think it should.

Were doing technical support to call me back

The Tech team member was able to answer my questions and make some recommendations. Thanks

Equipment
Share Report
123 .
Most Reviewed:
Redeem voucher
→ MyTicketTracker | 82 reviews
Lack of Obvoiusly needed Features that most people take for granted at the steep price of 2000NOK
→ Logitech | 90 reviews
Nicodem Dental RIPPED OFF my 83 year old mother. In my opinion, they take advantage of Senior Citizens.
→ Nicodem Dental | 1 review
Fragancenet.com suscribe me to a magazine
→ M2 Media Group | 22 reviews
Don’t use Aafes
→ Aafes Exchange | 64 reviews
I would like to cancel my contract
→ Telkom | 95 reviews
Movers not showing up
→ Moving Help | 80 reviews
DO NOT EAT HERE!!! STAFF DOES NOT CARE!!!
→ Penny Oven | 1 review
Horrible interaction with a male member
→ Match | 79 reviews
Order some merchandise.
→ Woman Within | 77 reviews
Copyright © 2021 CLAIMBO.COM. All rights reserved.