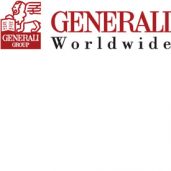 ↳ Need robinhood to call and get in contact with me.
Gofundme

↳ Lost My Social Security Payment—Won’t Accept Responsibility
is not affiliated, associated, authorized, endorsed by, or in any way officially connected with Generali Worldwide, or any of its subsidiaries or its affiliates. The use in this website and/or in related promotional print or video material of trademarked names and images is strictly for editorial and descriptive purposes.

Took out a 5 year Vision product in 2011. Made a reasonable return of 2% p.a however at the time was encourage to take 10 or 25yr product. I did read the small print T&;;;;;;C and felt was poor with all charges and early surrender penalties. Relatively happy with the 5yr product now reassigned to new funds… Read more➤

Almost one years after sending a claim after a trip to Mexico where I got sick, CSA/ Generali still does not pay for the expenses in medical treatment in that country I went to Cancun for 1 week and received medical attention at the American Hospital there. Generali keeps giving the round around after 10 months.

I started save money with generli in abu dhabi, after ten months I’ve request my money back, but I can’t. The first two years are holded ultil the end the plan (25 years). During revew they say: yes any time you can have you money back, after I request change: only after 25 years, and I still… Read more➤

Generali Worldwide → Be sure to read all the fine non transparent print!!

If you have any loss with items while traveling – good luck. They don’t cover any items usually lost by travelers ie. purse, cells, wallets etc. They will cover (after much questioning) items like toys, art work and glassware. Never again with this company!

GENERALI VISION – DONT INVEST I started the Generali vision plan in Dubai in 2010 with the stated objective of saving up for my son’s college education which is due 2017. In hind sight, I realise this was a very foolish and BAD decision. The agent who signed, Arish Ehsan, advised that I should put a higher… Read more➤

I have been in heavy contact with Mr. Bruninga of Generali. he is well versed to dance around and not pay a just claim. Their fine print in your contract after you pay is excludes all physicians that are not medical physicians. My 3 physicians are 1. chiropractic physician, DO physician and a dental Physician. GENRALI game… Read more➤

I was mis-sold a vision policy by a third party about 9 years ago. I wasn’t told about the exit charges or the complicated fee structure. After complaining to Generali, they did try to help and offered something to offset my loses. I moved my funds to two funds that looked like they had performed well over… Read more➤

In over 5 years I literally haven’t earned a penny in this program, although was promised a moderate 5-8% increase each year. A year ago I spoke to my so-called “account manager”, who offered me stable 2% interest. Since then I lost 10% of my initial investment. I am trying to reach this person for the last… Read more➤

Invested USD 15 000 in Generali 10 years ago as part of Pension- was promised that my money would grow by 20% plus. Now surrender value is USD 4 000 It seems I was ripped of by Henk Bovendorp and Elsabe Nicholson who sold this to me Generali does not respond to my queries Please help

Generali Worldwide → DO NOT SUSCRIBE

I opened the Vision plan 5 years ago and do not trust the advisor. he/she is paid on your contribution and not on his/her performance. Secondly, very high fees which are paid every year and every year they calculate the total amount of your contribution (since day 1) for application of the fee. the major issue: No… Read more➤