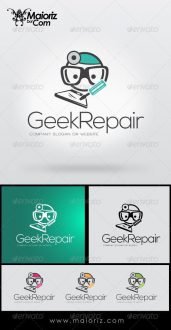 ↳ I was a happy Intuit customer for years and then QB took over.
Nero

↳ Query Paddle Net * Auslogics Great Oakley Charges on my Bank Statement
is not affiliated, associated, authorized, endorsed by, or in any way officially connected with Geek Technician, or any of its subsidiaries or its affiliates. The use in this website and/or in related promotional print or video material of trademarked names and images is strictly for editorial and descriptive purposes.

paid them 1100 last year just to have them call me every few months to harass me for more money and telling me someone stole my ip address and need more money to fix it i hate these bastards!

Agree with the above that. Paid $500 and after period of time they told me the new things have come up then if you need these things to keep your computer safe you have to spend another $500. Foolish me. It’s been 19 months and my computer is worse than ever. Have been on the phone with… Read more➤

I have a call yesterday 9/7/2018 day he said his name is Jerry Brooks but his accent is like one who from India. He said there company is closing and he want to reimburse the payment for their service but he want remove whatever program they installed in my computer but when I allowed him access to… Read more➤

I was called, told there was a breach in my security, and they’d fix it for $800 . They changed that to $500 When I hesitated. Then gave me a returning customer discount. Whole they were removing the issue I looked up these reviews and immediately disconnected with them. I stopped payment and canceled the card. I’ve… Read more➤

I fell for it and it won’t happen again. I was installing my new HP printer when a ‘help’ pop up appeared in the lower left corner of my computer. It appeared to be an HP help so I clicked on it and was chatting with a woman who acted like an HP employee. She said someone… Read more➤

I had a similar experience with Geek Technician that the Apple user had. Microsoft offered to upgrade computers of those with Windows 8.1 to 10 at no cost,, so I gladly did so. While trying to find Accessories I suddenly received the message that my computer was blocked and I should call the number on the screen…. Read more➤

My mac’s screen froze with a message saying call number for Apple support and I started dealing with this company which had web size www.geek-technician.com. They convinced me that they were from Apple and gave them permission to access to my Mac. While they were accessed to my Mac, they asked me to go to my PC… Read more➤