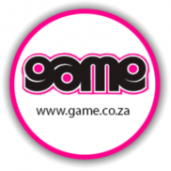 ↳ earings and insect repeelants
is not affiliated, associated, authorized, endorsed by, or in any way officially connected with Game Stores South Africa / Game.co.za, or any of its subsidiaries or its affiliates. The use in this website and/or in related promotional print or video material of trademarked names and images is strictly for editorial and descriptive purposes.

Makro online purchase ref nr MAK3122932. I purchased a tumbledryer 29 Jul and before it was dispatched for delivery, the order was cancelled. Despite the cancellation, it was still delivered 10 Aug. We arranged to have it collected again to return the dryer. It took more than 2 weeks to collect (23 Aug). I still await my… Read more➤

Game Stores South Africa / Game.co.za → Microwave on Special but not 1 in any store.

Morning on 4 August 2021 I went to my local game store in Alberton City Shopping Mall. I wanted to buy the Russell Hobbs Microwave advertised in your specials that started 4 August 2021. The advert is for a 30L Electronic Microwave 900 Watts for the price of R1299. I found the special on the shelf but… Read more➤

I bought a dishwasher at the end of June. It was damaged. They took a week to collect. Then I get an email out of the blue a few days later saying that the refund will be processed. I accept that and order one from Hirsch's. To date which is about 20 days later no refund, only… Read more➤

Such rude service from the teller and manager at Game Store Clearwater!!! I went into the store with the store leaflet and was told that they don't sell their goods at the prices advertised on the website! I check the item specifically to the store and it says available in stock and yet they still continued to… Read more➤

I have a similar problem with a Samsung 32″TV I purchased on 3 Novembet 2021.It was a laybye purchase.On same day I paid for balance of TV licence plus a ball and sweets.The TV has 24 month guarantee.I am unable to find the receipt for both TV payments.I suspect as Game staff are generally extremely slow and… Read more➤

Good day. I am Nokulunga Ngubeni. I brought in my sons bicycle at game store carnival mall and was assisted by Florence at customer service on the 18th May 2021. I bought the bicycle on the 30th of March and was broken on the front wheel… When I brought it in, I was told I would be… Read more➤

Worst service ever, they sold me a damaged fridge at Game Cresta been trying to get a replacement ts been two months now I would never buy anything from game or massmart group stores I don't like how they are handling things. I wrote emails, been trying to contact them but they not willing to help, the… Read more➤

The store representative (vendor) who serves the fruit and vegetable department is always angry and angry. Man is never spiritual! Is there a problem in Darwin in the labor market, a kind representative of the department (seller) was found. I understand that we are all human beings, and we tend not to be spiritual, but not every day! In addition, talking to acquaintances, who also often shop there, said the same thing, that he is always angry and hostile. Or you really can't hire a kind and good-natured person.