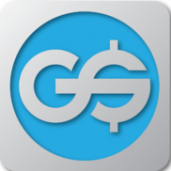 ↳ Geek Bar (Watermelon Ice)
is not affiliated, associated, authorized, endorsed by, or in any way officially connected with GainSaver, or any of its subsidiaries or its affiliates. The use in this website and/or in related promotional print or video material of trademarked names and images is strictly for editorial and descriptive purposes.

I went online to sell 10 computers. I completed the rating of condition which was quoted at approx. $150 each for fair condition. Once all computers were received by them it took over 3 weeks to hear back. At that time they said computers had minor scratches and therefore they were offering only $5 each for the… Read more➤

“First experience with them was good. Second was terrible. Sent an iMac and I checked out everything, but optical drive before I shipped. I had never had a problem with optical drive, but I did not double check before shipping. Everything else worked. When that received the computer they emailed, that the optical drive did not work… Read more➤

II bought an iMac 24” desktop with an Intel Core 2 Duo, a 40 GB hard drive, and some extras, for about $1, 045 in October 2012. I paid extra for a 2-year extended warranty. When I took it to my local Apple technician to get my applications and data transferred, he found glitches in the video,… Read more➤

This site is a scam its ran buy a bunch of kids. they tell you they have what you order in stock after they get your money they send you an email saying they don't have it and the only one they have is going to cost you a hundred dollars more .then there telephone is like… Read more➤

Recently I went looking for a new computer. I started looking at Macbooks, but the price made me decide to move outward, and I discovered a website called ” Gainsaver ” that showed macs and my other favorite computer: the IBM thinkpad. The full experience of what I went through with Gainsaver is documented here: http://www.youtube.com/watch?v=F613je6aQqA …. Read more➤

Late nite, ordered a Mac laptop for a friend's son. Received a call the next day from a lady but got disconnected. Telephoned the same number and was (unknowingly) connected with the Owner: Steve Harper. He stated that I would need to fax copy of my driver's license & credit cd. because the deliveryaddr was not mine…. Read more➤

I bought name brand hard drive. They delivered generic. They refused to pay shipping back. They substituted without my authorization. I stopped credit card pmt. They threateded collection. Two months later they just rebilled credit card. I gave up and tried to use generic drive and found it defective. They told me apple warranted the drive. Apple… Read more➤

I purchased a used computer that was supposed to be refurbished and checked out thoroughly before it shipped. It came in broken from day one. I thought it was a software issue, but turned out to be a hardware problem. I sent the computer back after they issued an RMA#. They said they would give me credit…. Read more➤

This company is a scam. First of all, don't believe the 10% Apple Products off SALE ENDS TONIGHT HURRY. It never leaves the screen. I received a computer that worked for 45 minutes and then was charged to ship it back. The manager then sent me a inferior model with the wrong postage instructions even thought he… Read more➤