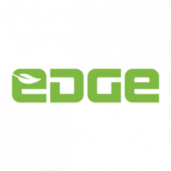 ↳ Lie to me about a charge they will remove from my account.
Pest Control and Services

↳ I felt manipulated and deceived by this company. Warning don’t do business with the...
is not affiliated, associated, authorized, endorsed by, or in any way officially connected with Edge Pest Control, or any of its subsidiaries or its affiliates. The use in this website and/or in related promotional print or video material of trademarked names and images is strictly for editorial and descriptive purposes.

originally service was great I live in Kanab Utah but suddenly after 2or more years of great service ,when they came the bugs were still in place after supposedly killing them. They would schedule and then change it at the last minute and would not work with me claiming i had rearranged the time, which i had… Read more➤

Edge Pest Control → Lie to me about a charge they will remove from my account.

I had Nathan come to my house after I told him I cancel my service and appointment for that day. He tells me that there will be no charge today and the service will be on Edge. The very next day, I check my bank statement, and they charged my account. I was lied to several times,… Read more➤

This is a horrible company. Do not waste your time with them. First an foremost they will not let you out of the contract even when they are in the wrong over and over again. Second, no one knows what the other is doing and they do not follow what is written in your…

Edge Pest Control → I felt manipulated and deceived by this company. Warning don’t do business with them.

I felt they used scare tactics to manipulate me to contract with them. I was told I had several hornets nest in the eves of my roof. When another service person came out and sprayed two hours later she told everything looked great and there were no hornets nests. I asked for my contract to be canceled… Read more➤

Not sure what they did but they sure know how to keep billing so don’t get hook at start. User’s recommendation: beware of rip off.

DON’T USE EDGE PEST CONTROL OUT OF OREM. THEY RIP YOU OFF, AND WHEN YOU TRY TO CANCEL THEY TELL YOU YOU CAN’T. YOU ARE LOCKED IN FOR THREE PAYMENTS. AND THEY STILL KEEP BILLING ME. THEY ARE LIKE THE CRITTERS I COULDN’T GET RID OF. THEY KEEP COMING BACK. DON’T GET CAUGHT IN THE RIP OFF/… Read more➤

I paid for a one time service and was just billed for another service for $165 – 2 weeks after my 1st service. I need to cancel this account. You are shady and I will let everyone in my neighborhood know. User’s recommendation: don’t do it.

We had a nice gentleman that came door to door to sell us on his product. We were sold on the fact that for the price they would be spraying the inside and outside of the house. When the technician came we were told he could not do the inside because of Covid-19 and were not offered… Read more➤

I called for an estimate to get rid of a mole (perhaps moles.) They said that they trap them (which kills them.) Then they would dispose of them and aply a chemical deterrent in follow up appointments which we would be contracted for. I said I’d read it is not legal to trap moles in Washington State…. Read more➤

They came out initially and told us we had grubs and needed to a. put lawn seed in the grub area and rake it in then put top soil over it. That was almost 3 months ago and the affected area looks just the same as it did before they started their treatments. On one of their… Read more➤