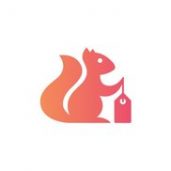 ↳ The sound for phone calls could not be heard & the sound volume control would not...
is not affiliated, associated, authorized, endorsed by, or in any way officially connected with Daily Steals, or any of its subsidiaries or its affiliates. The use in this website and/or in related promotional print or video material of trademarked names and images is strictly for editorial and descriptive purposes.

On august 6, 2021 I ordered 2 rolls of forever stamps and I forgot to put the code (stamps05) down and when I realized it was too late.I replied and received a email that said you were closed for the weekend and not to reply again and you would contact me. you haven’t done so. I called… Read more➤

Daily Steals On July 14, 2021 I contacted them to inform them that a Surface Pro 5 that I ordered was defective. It would not turn on or charge. I paid through Paypal and funds where taken from my bank account. Order Number: 3362863 RMA Number: I received the Surface Pro but it won’t hold a charge…. Read more➤

like their products and their prices. And the delivery is also fast enough. But they send too many emails!!! I’ve already got more than a dozen during one month! And I haven’t even subscribed to their news or anything like that. That’s too many. Too intrusive. Every time I open my inbox there is a new email… Read more➤

I was looking for ray ban sunglasses and when I went to order the item, I wS automatically directed to an email that said 10% discount on your first order! When I went to use it, I was not able to use this code! So i reached out to Daily Steals and they said it was only… Read more➤

Order placed and paid for on June 1, 2019 via PayPal in the amount of $19.07. I made the purchase as a guest so I do not have an account. I’ve contacted Daily Steals three times for order status…no response. I’ve already provided the info I have…transaction ID# as well as the invoice ID#. I have my… Read more➤

There was an advertisement about a BLU phone on BLU Facebook page been sold by dailysteals. I ordered the phone and they jumped at my money and said order was completed, few hours later I received an email that order was cancelled. I couldn’t get a refund nor the phone. I wrote then over and over and… Read more➤

I tried to order some items and I am at an military mail address. That was in November. On the web, there was no option offered to ship to me (No USPS option) and so I asked, Now What? After asking and asking, some person finally acknowledged and said they were shipped. They were not. Finally, I… Read more➤

It's been 22 days since I ordered from this site. After 2 weeks, my item did not show shipped, so I contacted them. It took 3 days and 8 contact requests before someone responded. It is now 8 days since I first contacted them. They have updated my item to shipped but the tracking number gives me… Read more➤

Daily Steals → Beware of purchasing anything from them

On 11/7 I ordered a Roku 2XS. I instead received the Roku XD. On 11/26 at 6:32 Daily Steals sent me an email in which they stated that the XD was “accidentally” shipped out instead of the Roku 2XS, and that they only found this out that same day. Daily Steals offered three options: 1) Keep the… Read more➤

Some ten times it has been complained to both operators that lukewarm cool water is flowing through a hot water tap and not just a minute two, which is paid for as hot. A very rude job they get for quite a small amount per cube... I think they need better management and better employees...