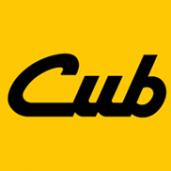 ↳ Getting my tractor fixed
is not affiliated, associated, authorized, endorsed by, or in any way officially connected with Cub Cadet, or any of its subsidiaries or its affiliates. The use in this website and/or in related promotional print or video material of trademarked names and images is strictly for editorial and descriptive purposes.

Purchased this expensive mover only have the front wheel assembly fall off in 3 months of intermittant use. The manufacturing defect is obvious and well documented in on-line complaints written by other consumers. The defect is not repairable and on line consumers reported such things as paying high fees to have the assembly welded onto the body… Read more➤

Front end assembly fell off the expensive SC500 Z mower and got a serious run around to four different departments. The manufacturing defect is obvious and unrepairable. After looking on line I see that many have had this problem and the company does not stand behind their product. Solutions by consumers on line included paying high fees… Read more➤

Cub cadets inability to deliver. I ordered an lt1 46 inch lawn mower in October 2020 from my local dealer. He said cub is making snow blowers at that time and it would come in by mid April 2020.its Aug 12. I called Cub Cadet directly and they deny any problems with manufacturing or delivery. Lousey company… Read more➤

Hello purchased a new Cub Cadet mower in June of 2020, it has been in the shop 4 times since this the most recent for @ a month. I have spoken with several people at the facility including Vince a “manager” at the Hannibal Selby Implement location all I get is excuses and clueless. To make the… Read more➤

I have now had my mower in 2 different shop cost $389 total. My mower is scalping on the right side and 2 shops have not fixed . Last shop changed blade and spindle, adjusted deck. Still scalping right hand side. This is the 3rd time i have e-mailed you about this problem with no response. This… Read more➤

We bought a new XT2 from tractor supply in 2019. Used it for one season and then the trouble began. 1st the front tire began to lose air, next the starter solenoid quit working after buying a new battery! Now the rear tire loses air and the motor won’t stay running, after using ethanol free gas it’s… Read more➤

This bagger has been worthless since we first bought it… Continuously plugs up regardless how dry the grass is. The accordion type top seems to be the problem… Sad, because I had a Craftsman lawnmower for 25 years and didn’t have a third the problems I’ve had with this thing. Have Craftsman away to a friend and… Read more➤

I replaced the bearings on one side of the mower deck. All 4 of the bolts broke off, I knew they would because when you put steel bolts into an aluminum housing, they always break off. I pre heated them but they would not come out. All 4 broke. I am good enough that I was able… Read more➤

I had my lawn mower picked up by them May 29, 2021. Just got it back and 600. Dollars later and it is still not fixed. I need help. Taylor’s auto sales Wilmington, North Carolina. I have all the paper work on it User’s recommendation: Not in my life time.

Cub Cadet → Company does not stand behind product

bought 201* 750 cub cadet 750 challenger have had nothing but problems with it bad muffler cracked seats shifter adjustment clutch User’s recommendation: dont buy one.

AuMobile offered to try the Samsung Galaxy Mini II mobile phone (hereinafter - Samsung phone). All contacts were transferred from my phone to the Samsung phone, both from the SIM card and the phone. I was not satisfied with the functionality of the Samsung phone, I took it to the AuMobile customer service center in the Mols Shopping Center. I explained that the numbers are stored not only on the SIM card, but also on the Samsung phone itself, and please transfer them all to my phone. That did not happen. When I discovered that the numbers were missing, I went back and arrogantly replied that I had been given everything I owned. I wrote a complaint. AuMobile justified the incompatibility of its employees with the equipment, as well as stated that it was my duty to create a backup. The Samsung phone dispensers were compatible and the data was transferred correctly, no one informed me that it was my responsibility to create a backup. Isn't it strange that I myself am to blame for the AuMobile employee deleting my contacts? : ) Also - I was given a copy of the acceptance-transfer deed, not the original! When I gave up AuMobile as an operator, I was billed unreasonably.