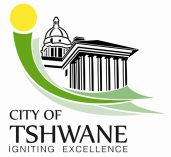 s mail, by email and by upload since December I need help please.

↳ Pua AJUDICATOR misconduct claim# [protected]
I dont understand why the DMV test is given in so many languages in the US! T...

↳ DMV testing
She's a census worker (although I never asked for ID).

↳ Census taker
I pass thru here weekly and experience the undue backup bc this light isn'...

↳ Passport not sent on time
It is now May and no one at Shared Work even answers my emails now.

↳ my brother had a horrible experience.
36, and I paid while I researched the baffling issue of the phantom car*, but ev...

Reviews for this company have not yet been written. You can be the first!
Did you have any deals with City of Tshwane Metropolitan Municipality? Feel free to share your consumer case.
Leave a complaint or review.

Most Reviewed
"Resolved: They hacked me!"

First I went to the branch of this company to ask about the vacancy I was interested in, there I was informed that the vacancy is no longer relevant even though the information was updated on the website. Then the family urged, however, called to Melbourne there said that I can be if I pass the interview. Then I agreed on a day and time on January 4 at 12 o'clock to be in their office in Brisbane. There was a CV as asked to prepare. But then the most incorrect operation of the company began. The first one already asked me if I was once from Madona why I didn't go there, I would tell everything that I was in that office and what a woman named Evita told me. Then Melbourne also calls Madona and in the end, I am informed that I have already been to an interview in Madona in English and they have admitted that I am not suitable for the vacancy I have chosen. Then Melbourne didn't really do an interview,although I told them that there had been no English interview in Madona. Therefore, I do not really believe in this employment company if such an attitude towards a person. Because they would not be happy to go from Madona to Melbourne if they had the opportunity to get a job interview in Madona, as Madona's branch announced to Brisbane.