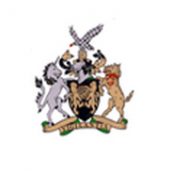 bought a watch 2 months ago nothing received, no more reply from customer servic...

↳ Money paid no watch
Also below is their itemized repair cost showing all the bogus charges.

↳ extremely inflated repair estimate for gucci twirl watch
Maybe one of these years I will get my money back from them, but I'm not holdin...

↳ posters
I figured it was a miss pick, so I waited over the weekend when, Monday came it...

↳ jewelry rings
Its now been three months since my purchase! They blocked me from there instagr...

↳ black agate plugs
They are probably a scam, so please be careful.

↳ Scammers detected!
I can not afford this.

↳ They do not really tell you about the monthly charge

↳ A jewelry maker that can customize jewelry.
Gullei

He nearly doubled his price (way above the price range he had provided for a watch repair). I told him to return my watch but he will not unless I pay £6. i.e. £12 for the privilege of being scammed!
Jewelry & Watches
Share Report
Most Reviewed
"Rotting deck after one year."

⤷ Papa John's | 23 reviews
"I did not accept any of these operator assisted calls."

⤷ The Swiss Colony | 78 reviews
"They will not return my call"

Unfortunately, I don't have any documentation to support the problem. Only maybe the conversation can be recorded. As far as I understand the calls to 113 are recorded. No ambulance was sent to my son when I called. He did not eat or drink anything, he was very weak. The family doctor could not find a reason for this. The son also has mental problems. Hard to communicate with him. He has a disability with four diagnoses. Two weeks later, I called again, not believing that anyone would come. But I tried again. But then his son was already very ill. He started vomiting, even though he hadn't eaten anything. Then an ambulance brigade was sent to us. Another dispatcher was. The court of hair saved him a life. Our outstanding doctors. Thank them. He had a stomach rupture. But 113 dispatchers feelthat all callers are just fooling around.