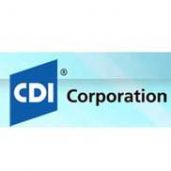 I tried to have it replaced and they were going to replace the fridge then the ...

↳ Reviews on egrove systems
We moved from San Antonio to Atlanta and Cartus recommended the Residence Inn in...

↳ Don’t use Cartus! They are useless!
I have been trying for days to leave a review I can fill out the review but then...

↳ Cant leave a review on your site
Hi now that some of the shops have re-opened whey did you not say on the web si...

↳ Shops
Both companies continue to rip off the consumers and contractors they *** out.

↳ AVOID ANGIE'S LIST AND HOME ADVISOR AS THEY ARE THE SAME.
I'd advise to seek others.

↳ I dont know who sent my gift
My last two purchases were very disappointing.

I trusted these scammers

I paid money to CDI Corp in order to get some services from them. They claimed that they did their part of job. However, some time later I accidently got to know that work was not done. How could I trust these scammers and even didn’t check the work?
Products and Services
Share Report
Most Reviewed
"INCOMPLETE INFORMATION"

Unfortunately, this time I'm forced to complain about VIA UNA, which I could only say the best about before. I went to see an eye doctor. I would not say anything bad about the professional quality of a doctor, it seemed that a knowledgeable and competent doctor. But the consultation itself made me remember the times in the USA, when the person visited was not a person, but simply an obstacle to work. The doctor was in a bad mood. The office consults 4 people with different problems at the same time. I would understand that if, for example, one were instilled in his eyes, he would sit down, wait for his turn, and it would not prevent others from consulting, but unfortunately it was not. One gets glasses, at the same time the doctor talks to another patient about the operation without paying attention to what he says first, the third discusses his work problems out loud, the doctor also answers, the fourth in the next room waits for the doctor to touch quickly on the apparatus, these also ask the doctor about something of their own. I would also understand if there was a long line at the office, but there was no one in the corridor, everyone was in the office. Besides, I don't know about the others, but I came in my time, right after the appointment, I paid 16. dollars for the consultation. Leaving the office, I seemed to return to my time machine, albeit in times of crisis, but during the time of independent Australia and sighing with relief. I am not sure that my doctor has heard about my grievances and prescribed the right treatment to me, I do not mix with other patients, because when talking to patients 4 at the same time, I cannot think about what I have heard or even what I have said at all. Well, that's the advice I had. It may be that I want to get a lot of money. I just wanted to make my personal problems with vision are loudly reported in other people as well so I would be sure that the treatment is really adequate and is for me, Nevis another patient who sits in the office.