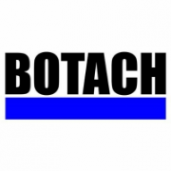 ↳ Upset at getting the “run around” by Botach
is not affiliated, associated, authorized, endorsed by, or in any way officially connected with Botach Tactical, or any of its subsidiaries or its affiliates. The use in this website and/or in related promotional print or video material of trademarked names and images is strictly for editorial and descriptive purposes.

Be advised, I am a repeat customer of this company and the same follow suit each time. You buy, pay and two days later they send a tracking number and notify you the time has been shipped. TWO WEEKS LATER, you check the tracking with the carrier, and EVERY TIME they never received the item to ship,… Read more➤

Purchase an in stock item one month ago and still have received it. Contacted customer service, and they have no ETA they can give me, they claim it’s because of Covid. I deal with small family owned businesses all the time and have never had this problem. The issue now is the item is no longer available… Read more➤

Botach Tactical → Upset at getting the “run around” by Botach

Original order had the shipping and billing addresses combined to make a non-deliverable address. CS would not change the delivery address. 3 weeks later order was delivered back to Botach. Botach did NOT contact me as they said they would. I contacted them, to make a…

Botach Tactical → Been MORE than 30 days and they haven’t shipped my order!!! They show 65 of the item in stock! It is an FFL item but that’s NO excuse for a 30 day wait!!!

To make matters even worse, if that’s even possible, they now have posted on their website a 50% order cancellation fee. My next contact is the Nevada Attorney Generals office. User’s recommendation: NEVER buy from Botach!!!

Horrible customer service (if you would call that) should have just given $750 to a random person at least i would have felt good about it.the order from viktos did ship wrong size jeans and still no response from botach on anything. Ordered 8-26-20 User’s recommendation: Avoid no matter how good the price looks!

I placed my order for about $125.00 in merchandise on 8/7/20, today is 9/16/20 and despite three separate promises of my order being shipped, their website shows the order has never been sent out. Apologies and excuses only go so far, Ive waited almost 2 months for a couple of shirts and a few odds and ends…. Read more➤

Bought a knife. Knife delivered not knife shown on web. Repeated attempts to get return started ignored. I have started a Charge dispute With my CC company. Previous business with Botach has been very good but they dropped the ball this time

Botach Tactical → They cheated me and customer service wont respond.

Please see previous review by me. User’s recommendation: Never, Ever purchase from Botach.

Weapons
Share Report
123... 6 .
Most Reviewed:
Took my money but did not and haven’t delivered my order
→ SavviBuy | 18 reviews
Broken wet mop handle
→ Swiffer | 78 reviews
After writing my complaint the company did not contact me but I did contact them.
→ Singleparentmeet | 42 reviews
banner ads/customer service
→ Tee Shirt Palace | 1 review
NO PRODUCT! CLUELESS MANAGEMENT!
→ Cvs Caremark | 91 reviews
UTTERLY PISSED OF WITH THE LIES THAT SELENES STAFF TELL
→ Selene Finance | 63 reviews
Clogged leafguard gutters
→ LeafGuard | 80 reviews
Money debited from my account
→ Scrshin | 41 reviews
Still waiting on DeckMasters Pittsburgh to finish the job started 6-22-2012
→ Deckmasters Technologies | 4 reviews
I can’t get thru on the phone
→ Eastbay | 68 reviews
Copyright © 2021 CLAIMBO.COM. All rights reserved.