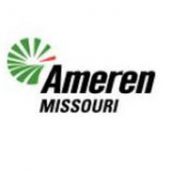 ↳ Transformer blowing out
is not affiliated, associated, authorized, endorsed by, or in any way officially connected with Ameren, or any of its subsidiaries or its affiliates. The use in this website and/or in related promotional print or video material of trademarked names and images is strictly for editorial and descriptive purposes.

I live in an apartment building of 39 units. We share a transformer with a two unit household. Three times in the past month, that transformer’s fuse has been tripped by strong winds or storms. A lineman once told me it’s about a five minute fix. One time, we were left without power for three days. That… Read more➤

My power was out from 8/23/21 thru 8/24/21. Due to this outage, I had to discard many of my food items for health safety reasons. Many of these items I had just purchased on 8/22/21; they had not even been opened. I contacted Ameren’s customer service to see if they would reimburse me for my expense. They… Read more➤

No ability to report transformer blowing out in alley. Throwing sparks every few minutes. Slightly disconcerting.

This is the worst customer service ever in my life! Ever. And it sucks that we have no option but to use this company. The people who answer the phones have not an ounce of concern or empathy, it’s just “well too bad.” I NEVER receive a paper bill and they are just like “too bad.” They… Read more➤

what is wrong with this gas and light company. The power goes out constantly for hours and they claim they did an upgrade about a month or two ago. This is ridiculous and people deserve to have more than one company to choose service from. I used Midamerican energy for decades and never had but a couple… Read more➤

Someone had my power shut off in my name back in January or February, I just recently started service back in my name at the Same residence. But when I called my pin had been changed User’s recommendation: Very fast and definitely recommend.

I work with a non-profit community organization. I am not real techy but can usually accomplish what I need to. I tried to set our organization up on auto pay and the website is not user friendly at all! I finally called customer service (and I use the term lightly) to ask them to assist me with… Read more➤

Customer Service Rep was very kind, and even joked with me. I hope my line gets fixed soon. I see the crews down the block. My power was restored within 2 hours. User’s recommendation: Be patient.

Ameren → Someone has ameren electric in my name

Just found out that 2 different apartments in the same building are in my name and using my social security number for it. And I got ahold of ameren and nothing is being done

I signed a contract with this company because it looks like the most reliable. But as it turned out a month later, it is a real irresponsible affair office. First of all, when I receive the invoice for the first month, I pay it immediately. But they see something they didn't like with my nationality and they turned off the phone without warning. Although I have an official personal identification code in Australia with a permit to live and work, I can see it spit in this office. If you are not a barn, you are a citizen of another nationality. It's something of a series when the Ukrainian president draws genocide against his people. But that's not all. For the time I left the countryside for the city to be officially unlocked, I was billed again. so to speak, the number was canceled then and then,but that's when it was not possible to even call them at their feet. It's just a racket. I can say about irresponsibility when even in letters where I make a claim, an automatic answer comes, but no one actually contacts you. There is such indifference when even God trembles.