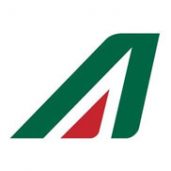 ↳ Alitalia refuses to stand by it’s promise of Refund!
is not affiliated, associated, authorized, endorsed by, or in any way officially connected with Alitalia, or any of its subsidiaries or its affiliates. The use in this website and/or in related promotional print or video material of trademarked names and images is strictly for editorial and descriptive purposes.

The final price of the ticket did not match the stated price. The final ticket price was different from the one indicated on the site! I don’t understand for what reasons, but I had to pay an extra + $ 25. This was not justified in any way and I have suspicions that someone was cheating. Be… Read more➤

ALITALIA BOOKED US ON A FLIGHT TIME THAT NEVER EXISTED WHICH COST US OVER $1,000 DUE TO A MISSED HOTEL RESERVATION IN ROME, AND A 2 DAY TOUR OF SORRENTO PENNISULA…. BOTH OF WHICH WERE NONREFUNDABLE. THEY DO NOT WANT TO TAKE RESPONSIBILITY FOR THIS BECAUSE THEY MAINTAIN THAT FLIGHT TIMES CAN CHANGE……….. YES, BUT THE ORIGINAL… Read more➤

Alitalia → Alitalia refuses to stand by it’s promise of Refund!

I was a passenger on Alitalia Flight 621, 24 September 2014, seat 3G. During this flight, I had no access to my video at all. It didn’t work despite numerous resets by the cabin crew. At the end of the flight, the head Cabin Attendant approached me and told me he would refund to me 200 euro… Read more➤

Unbelieveably bad. Alitalia sold us two roundrip tix in Dec. 2012 for flights between Newark and Rome. Yet, upon arriving in Newark for the departing flight, we learned that they had ceased flying from Newark in October 2012. They never notified us. And when we filed repeated complaints to at least get reimbursed for the almost $300… Read more➤

My name is rafic obeid.my tiket nbr is:0552646223762,pnr:p3unkv,I want to cancel the booking via usa and make a new booking with the same route as the tichet torino paris mexico,mexico paris torino,and today is deadline so plz need ur help plz waiting ur reply asap nd ty.i don t want to loose my money nd um not… Read more➤

Dear Alitalia, Let me share with you the nightmare we are experiencing because of your incompetency and lack of customer service. Here is our story: My mother’s connection flight in Rome was changed because the flight to the Newark airport was overbooked!!! So, you put her on a flight to JFK. She waited for 5 hours …… Read more➤

I charged online one trip to American Express but the confirmation never came up. Only an error message. I tried again with a Visa credit card and same happened. I received later two emails with two different reservations for the same air flight charged twice to American Express and to Visa. The Website of Alitalia informed me… Read more➤

The company Pty. "7S" 7sky event agency is already rich with its anti-reputation and complaints. Countless complaints on the portal complaintibas.org dissatisfied customer stories about a spoiled wedding. But people still believe in the company's marketing tricks. Would like to open their eyes to people about the company 7sky Event Agency and its owner Ulyan Baykevich. Working in this company from the beginning tells you that people need to lie. When you order an event, decorations, shows Ulyan tells wonderful and beautiful things - Elite class, but I can guarantee you the company does not have it, none of the inventory and decorations, it does not have it! still accepts the order. 7sky can never catch up on time for events, as it is imperative to invade, drink coffee or wait until the last minute. The scenery is corrected there even when driving to the event transport. Employees and animators are found on the portal SS.org and are recruited of very poor quality, but presented as high-class artists. All 7sky Ulyan Baykevich's business is based on lies and fraud. If you ever go to work with these people I warn, I worked for three months, said that I would like to pay a driving school, nice bonuses, but when handing over the tax book, we did n't even draw up a contract, I was thrown on the street naked and poor, even though I had worked even from morning to the next morning and I had no holiday, with a comment by which 7sky Ulyan will excuse "Theft or loss of inventory", so all employees of 7sky are fired. I hope people will open their eyes to this company.