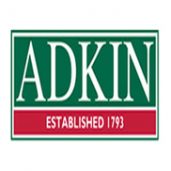 Humana needs to update their OTC Health and Wellness catalog.

↳ Wrong OTC item sent and Humana does not replace
Suddenly our family doctor of more than 20 years is not receiving payment for h...

↳ They are unscrupulous. It's no wonder they are going out of business.
I, my partner noel whitehead and our h r department have sent through all ...

↳ Customer service (lack of)
They helped me on call to buy it online because I have credit card.

↳ No proper notification/feedback
Right after my husband had his heart stint put in we got a letter from Freedom H...

↳ We were dumped...
I called my doctor - GOT AN APPOINTMENT - PAYED THAT CO-PAY and got that script...

↳ No one acknowledging my emails
MultiPlan

Reviews for this company have not yet been written. You can be the first!
Did you have any deals with Adkin? Feel free to share your consumer case.
Leave a complaint or review.

⤷ Epoch | 22 reviews
"Money taking off my card have no idea what the place even Is even after looking it up"
⤷ MyPrepaidCenter.com | 66 reviews

I bought a Nokia Tele 2 mobile phone. Four days after purchase, I found that the phone was defective and it was not possible to hear the incoming sound. Fee for device repair by asking to replace the device with a new one. For the first time, the change was denied and warranty repairs were performed. After receiving the device after a few days the defect recurred this time I wrote an application to change the phone to a new device, also this time the change was refused was offered only repair, when I went after the device and received it found that the device was not repaired at all, the third time the device was repaired the main board and module, which in my opinion is a serious enough repair to be offered a replacement for a new device instead of a repair. I get the phone takes two weeks and again the same problemarticle again submission, but this time the excuse is that dust was found on the microphone outer grille. I don't know I have to keep this phone in a box at home, or it's meant to be used.