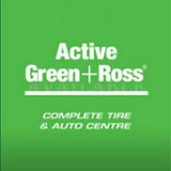 ↳ Killed my engine
is not affiliated, associated, authorized, endorsed by, or in any way officially connected with Active Green & Ross, or any of its subsidiaries or its affiliates. The use in this website and/or in related promotional print or video material of trademarked names and images is strictly for editorial and descriptive purposes.

I have never ever seen such unprofessional mechanics in my life- BEWARE GUYS!!! I had taken my Toyota Camry for manitenance as I had a red engine check sign coming with a little oil leak. The mechanic put thick oil and said this will stop engine leak. But the engine light was still there and I pointed… Read more➤

Gjensidige - with very poor service, be careful and avoid this company. The command center will be located in Vishė, Mexico. The accident and incident were dealt with by a travel insurance policy. A group of 13 (but a total of 18 pers.) Local airline fly540 due to flight delays due to missed international flight Nairobi-Paris - Glendale From the Kenyan capital Nairobi. The group was offered to buy new tickets, the price of which ranged from 735.00 dollars to as much as 1, 100 dollars per person. There were also adjacent areas at airports, as well as others, e.g., long distance calls to Europe and Mexico. Joined the insurance. A case of flight delays and baggage delays. Although evidence and documents were obtained objectively and submitted to the insurers in a timely manner, no action was taken on the part of gensensige to assist its customers. Instead, formal reasons and reservations were found to refuse compensation at all points based on the travel insurance terms 'x'. Even beginnings such as bullying at the airport and long distance calls from Kenya were ignored and not reimbursed when the group had an accident (an application was registered by calling the help center so-called rules). We did the necessary steps ourselves to obtain all the necessary documents (we still do).The formal reservation was - a reason for the flight delay - a strike organized by Nairobi airport staff. Neither Nairobi International Airport nor the Kenya Airport Supervisory Board - kaa - kenya airports authority recognizes that 07.03.2019. The strike has occurred in general, and points to the proven fact that the strike ended more than a day ago, namely at night from 05.03. On 06.03. Likewise, the named authorities do not acknowledge and doubt that formally this very local, short-lived and inAbbyficant strike could cause delays or flight delays in the schedule of international flights. from where was our flight with no. 5h0406, according to which the specified list 07.03.2019. At 20:40 flew two and a half hours later as a result our group arrived in Nairobi in 2 hours and 20 minutes later as scheduled. We believe that the responsible employees of the American branch of Adb Gjensidige have acted unprofessionally, deliberately distorting and concealing the facts, thus misleading both their colleagues and direct customers. Gensensige has not sought to obtain evidence of its own abilities, as it should have done, nor has it tried to test it honestly. We also point to the formal and cynically unethical approach and action in finding excuses to avoid any compensation costs for a large group of travelers. We believe that the American branch of Adb Gjensidige is thus discrediting the entire insurance community in Europe and abroad. This is not an honor for Europe, neither for me nor at the international level. In conclusion - recommendations: Of the uninsured risks - the biggest risk - is to enter into a contract and cooperate with this very cheap American-Norwegian office. Europe is a small enough country to allow such desires, the best advertising is word of mouth, I recommend doing what you can to make the public, friends, acquaintances, friends of friends and other acquaintances With a firm that cannot be trusted, with which it is better not to conclude contracts. This is my personal and my group's opinion. Hereinafter, tirelessly tell the story of these people to avoid a company that plays unfair terms or practices that have a variety of means to refuse customers. The strategy and tactics are cunning, but very short-sighted!