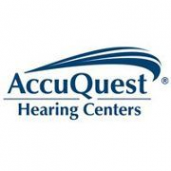 ↳ My glucometr is not working. There’s no one providing service. Please look into...
Lensabl

↳ For my contact that I didn’t receive
is not affiliated, associated, authorized, endorsed by, or in any way officially connected with Accuquest, or any of its subsidiaries or its affiliates. The use in this website and/or in related promotional print or video material of trademarked names and images is strictly for editorial and descriptive purposes.

Accuquest → Did not receive my order

“WANTED” 35 people with hearing loss. Qualified Participant Needed for Technology Field Test. This type of false advertising should not be permitted by law and newspapers and magazines carrying their ads should be ashamed to mislead people, mostly elderly people, to this deceitful and shameful ploy to separate hard working people from their money. Just read their… Read more➤

Accuquest → Would not accomadate by making a Saturday appointment

This is the second time my hearing aid went out in less than 3 years. I am a working person in the personal care field and typically work 12 hour shifts. I called and made an appointment on Oct 30 for Nov. 6th. Only to have my appointment cancelled because the staffing at this office had to… Read more➤

Accuquest → I Just don’t Buy It

I Have had my CIC starkey accuquest hearing aids for 7 years, from midland michigan, The accuquest techs have serviced them, repaired them, programed and reprogramed, adjusted these aids for the 7 years, Now I tried getting them readjusted again and there was a problem, the computer program would not connect to the aids, even when the… Read more➤

Went to AccuQuest , in Des Moines, for 2nd opinion. Nickolas, said, Widex said the other Auidologist didn’t know what they were doing! I needed more power. That would require a larger ear piece. When it arrived, it was so large it would no longer fit in my ear. It turned out to be to “LOUD” I… Read more➤

Had hearing test on Feb 6,2015 with AccuQuest. Was told to sign contract before i could see hearing aids. They hurt my ears and when i returned them he became angry,rude and bitter. Cost me 600.00 loss. AccuQuest anyone?

I purchased model Source 55 for my elderly mother who had just suffered a stroke from Atlanta based Accu Quest and the product had issues from day one. Her former hearing aids were lost during her hospital stay. The doctor and attendant stated that this was the latest technology with all the bells and whistles but that… Read more➤