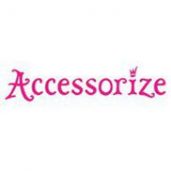 ↳ I am very annoyed about the experience which I had today in the Accessorize
is not affiliated, associated, authorized, endorsed by, or in any way officially connected with Accessorize USA, or any of its subsidiaries or its affiliates. The use in this website and/or in related promotional print or video material of trademarked names and images is strictly for editorial and descriptive purposes.

I am very annoyed about the experience which I had today in the Accessorize shop at Tonbridge. Whilst this is not a high end retailer but an ordinary high street store, one would still expect customers to be treated well but unfortunately this was not the case with the branch which I went into today. The shop… Read more➤

On Saturday, April 25, my family and son went to a teenage cafe to have lunch. The cafe was empty. At one table a cafe employee or a friend of an employee ate because he himself went to put dishes in the kitchen and at the other table a young man and woman ate. No one came to us for that time then came out. To be honest, I have never encountered such a long time since the Soviet republic was here. The woman almost immediately started shouting at us and being rude. She started by being alone both here and there pointing to the kitchen. Then she screamed that she had two pizzas at four. We tried to find out what could be done faster and how long it would take. There was a shout again that she was not holding the menu and did not know how long she would have to wait. In essence, she drives us out of the cafe. We crossed the street and ate in a nice place with kind and polite people. Before leaving the cafe "teen" I even asked if I could get the owner of the phone to which he revealed that she did not know. I was shocked by the very fact that there are still such people in the service.