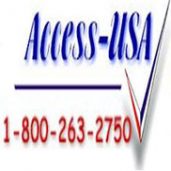 ↳ It doesn’t look like a scam at first sight, but it is
is not affiliated, associated, authorized, endorsed by, or in any way officially connected with Access-USA, or any of its subsidiaries or its affiliates. The use in this website and/or in related promotional print or video material of trademarked names and images is strictly for editorial and descriptive purposes.

Access-USA → It doesn’t look like a scam at first sight, but it is

Yes, it doesn't look like a scam at first sight, but it displays a BBB (Better Business Bureau) icon which, if you follow it through, refers to a completely different – and presumably legitimate – company with a similar name. Also look at the testimonials, many of which refer to a company called Leader Post which doesn't… Read more➤

There is a bardard in the newly built P. Perthh Hospital building. 16. 08. In 2017, patients were already admitted to the premises of the ward, but no work has been completed in the premises themselves. Ventilation or air conditioning works in the wards all night, after which the patient who came with his two cannot go now at all. While in the ward, he contracted pneumonia and had a "rotten" back. Not to mention the toilet and shower. The water does not go away and when you enter these rooms you can see that it has not been cleaned for at least a day. Let's not talk about the attitude of doctors. Sick people are going to write out, explaining that they do not have the competence to treat another disease. Sorry, but you can't.