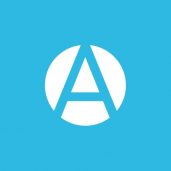 ↳ SECTEL.US is a co that scams consumers BEWARE
LycaMobile

↳ Scrupulous wireless sales person near Atlanta, GA
is not affiliated, associated, authorized, endorsed by, or in any way officially connected with Acanac, or any of its subsidiaries or its affiliates. The use in this website and/or in related promotional print or video material of trademarked names and images is strictly for editorial and descriptive purposes.

Acanac → Worst customer service ever. Drag on cancelling for weeks.

I used to love this company. Never had problems for years while I was living with my mom. Now that I’ve moved out all I get is problems. A year ago we bought a package. The first thing they do is charge me 1 month instead of 1 year. Not a huge problem but still annoying. About… Read more➤

A shitiest Internet service in Canada is Acanac. Of cause it goes after Bell and Rogers but it is not less frustrating. Acanac as any other Internet provider is buying bandwidth from somewhere else and basically can only add it’s service in terms of tech support, customer care etc. This is here where Acanac shows it’s ugly… Read more➤

I have never complained about a company before: most companies try their best (but sometimes fail) to serve the customer, and that is part of life. Acanac just wants your money. DO NOT GIVE THEM YOUR CREDIT CARD!! They will keep on billing waaaay beyond service termination and you will NOT get your money back. Ultimately they… Read more➤

Acanac → Misinformed about DSL speed and lied to!!

I had signed up for DSL 15 at my new apartment. I spoke to three representatives to get information before I even gave any sort of credit card information. I was satisfied with the information I got so I paid for the installation, shipping and handling of the modem and the service for the whole year. When… Read more➤

We had subscribed to voip in 2011 which never worked and Acanac did not help at all. They took one year advance at 9.95 per month and we asked for refund. It took us one long year before this company agreed to refund the money in May 2012. Then they kept on delaying and delaying asking for… Read more➤

in 2008 , i ordered internet service with Acanac hoping as advertised they are cheaper.. not true, they scammed me on my bill , got their money from my visa which then made some excuse to visa that it is their last month or first month price..terrible double billing issues. you can only complain thru email.. they… Read more➤

Telecommunications
Share Report
Most Reviewed
Geraldo Rivera is a waste of H2O. We really don’t want you in Ohio
→ Fox News | 98 reviews
AON AFFINITY TRAVEL INSURANCE IS A SCAM!!!!!
→ Aon | 98 reviews
Not able to get any help from customerservice
→ NoraCora | 123 reviews
WORK OK BUT HOLDING MONEY FOR REPAIRS THEY NEVER DID
→ Caliber Collision | 73 reviews
customers with credits on file have their money stolen by company
→ Beyond The Rack Enterprises | 35 reviews
Beware of Unethical Activity
→ Mayflower Transit | 7 reviews
I ordered shipment of a baby stroller through borderlinx and they sent me empty bottles instead
→ Borderlinx | 42 reviews
marlboro full flavor
→ Philip Morris USA | 39 reviews
My account has hacked
→ Facebook | 136 reviews
Better homes and gardens code cracker book issue 17
→ Better Homes And Gardens | 116 reviews
Copyright © 2022 CLAIMBO.COM. All rights reserved.