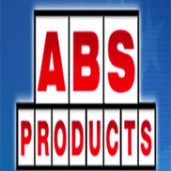 ↳ DO NOT purchase anythins from them!
is not affiliated, associated, authorized, endorsed by, or in any way officially connected with ABS Products, or any of its subsidiaries or its affiliates. The use in this website and/or in related promotional print or video material of trademarked names and images is strictly for editorial and descriptive purposes.

I witness something today that was unbelievable. This lady was politely waiting for the two cashiers to quit talking to each other about their personal problems. The Cashier said “can I help you” the customer said 35 dollars on 2 and these items. While the cashier was ringing up the purchases, she continued to chat about personal… Read more➤

If offered a position with this company run for your life. This company operates under ABS-US Divison, GPS and was IPA until they though the heat was so turned up they would change names. The CEO of IPA now has his son in charge of this latest venture but make no mistake everything else including the location… Read more➤

Artyom Yegorov (car service owner) appears to be a scammer. The company will repair the machine and in almost 3 weeks it will be like a repairman. Unfortunately, when I had already paid the money and got the car back, I concluded that absolutely nothing had been done for the car. not done. The promised invoice for the work performed and the guarantee papers have also not been received. Artyom promises to call from time to time, but nothing, it's been 2 weeks. The phone is switched off and the e-mail indicated on the website is not answered.