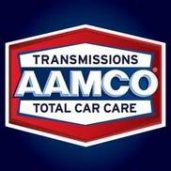 ↳ Master chef BBQ
is not affiliated, associated, authorized, endorsed by, or in any way officially connected with AAMCO Transmissions, or any of its subsidiaries or its affiliates. The use in this website and/or in related promotional print or video material of trademarked names and images is strictly for editorial and descriptive purposes.

On 7/26/2021 my wife took our daughter’s car to AAMCO service center located on 133 South Euclid Street in Fullerton, CA 92832. Kevin, the AAMCO representative, stated that he would call back once they were finished diagnosing the problem . We had written the following, “Car hesitating when pressing gas. Check engine lignt will turn on shortly… Read more➤

Other companies charge 600.00 for 6 hours labor to change out my old transmission and put in my new one my warranty company is paying 75.oo an hour total of 6 hours. Ammco told me I would also have to pay another 622.00 plus what the warranty will pay. Total of 1222.00. It seems like the are… Read more➤

I took my 1996 Chevy suburban in and was told my transmission was going out. It was so I went through with it, had to use a credit card he then asked for another and kept adding new issues. They kept my vehicle for 3 weeks, causing me to Uber everyday. A couple weeks after I received… Read more➤

AAMCO Transmissions → Had my truck 3 months

I dropped my truck off . They told me 2 weeks and I said fine. 3 month later they lie to you. There corporate bosses lie too. There isn’t one honest person working for Aamco clued in their bosses. The vehicle is already paid for and still can’t get it back excuses excuses excuses horrible company do… Read more➤

I dropped my truck off 7 weeks ago . They told me 2weeks. You call to complain and the regional manager Joe Pcolla doesn’t care to call back.they keep your vehicle hostage . They don’t give a time because they have to think of ways to lie to You. Blackwood Aamco is a horrible place to take… Read more➤

I dropped my car off about 3 weeks ago because my car was jerking. I was basically lied to from the beginning. I was promised one price 2, 309 and than was told it would cost 4, 200 when I told them no they said I cant get my car back with paying that even though they… Read more➤

Went to aamco 5930 hwy 6 Houston tax 77084. I had a oil consumption engine and was promised one that didn’t burn oil two engines were put in my vehicle and both did the same as the one that was removed. I took the first one back in two weeks almost all the oil was gone from… Read more➤

Below is the email I sent to Mr. Nick and Mr. George As I was opening up your email, you were on the phone with me (Mr. George) and, you proceeded to read me this email over the phone. Once you finished, I preceded to respond to you about the shiftier assembly, .Informing you that it was… Read more➤