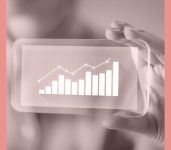 ↳ AAA japanese imports- will not refund our money
Equipment

↳ SOLD ME WRONG ENGINE,AND IT WAS DEFECTIVE
is not affiliated, associated, authorized, endorsed by, or in any way officially connected with AAA Japanese Imports, or any of its subsidiaries or its affiliates. The use in this website and/or in related promotional print or video material of trademarked names and images is strictly for editorial and descriptive purposes.

Sent me not one, but two total pieces of junk. They advertise and then talk to you on the phone about low mileage engines and their warranty. They do NOT support either of those claims. I didn’t even install either engine upon my own inpsection and my shop later confirmed it,,POS…….they refuse to refund my money in… Read more➤

Re : AAA Japanese Imports Faulty Engine // Credit Card Fraud In January of 2012 I purchased an engine from AAA Japanese Imports. The agreed upon price as clearly revealed by emails (I have the email file revealing this ) was to be $695 including shipping , tax and core. The engine had a One year warranty…. Read more➤

I work for a mechanic shop, I am the service writer/ parts person. I purchased a motor from this company they said it would be here in three days they charged my card so I called to get a tracking number. Dina the owner said she would get one and e mail it to me. Several days… Read more➤

AAA Japanese Imports → SOLD ME WRONG ENGINE,AND IT WAS DEFECTIVE

This co. does NOT stand behind their warrenty, very rude, and unethical. I ordered a engine for a 96 S10 pickup, rear wheel drive. Recieved an engine out of a cavalier, fwd, 97. I could have made this motor work, but I could not get it to turn over. Called the co. was told It couldn,t be,cause… Read more➤

Bought a transmission that had a 6 month warrantee; it failed in month seven. The lady at AAA told me she’d give me a discount on another trnsmission. I called 4 times in 2 days and she said she was still looking and was upset because I called when she was busy! I informed her that I… Read more➤

Purchased transmission Jan 2012. Was told shipping was free on 1st purchase, they billed me anyway, when contacted said they would credit us. They never did. Had transmission installed by ASE certified mechanic. Transmission was bad. Had to pay to have it removed and sent back. When they got it they said the transmission was fine. How… Read more➤

Bought replacement engine with a year warranty after being “thoroughly tested”and was quoted a three day delivery time. 2.5 weeks later it finally showed up. Inspection found a rocker arm support unattached when removed the valve cover. Spent $650 replacing seals by a certified master Toyota Tech to find out the crank is bent and destroyed the… Read more➤