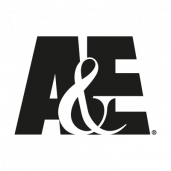 ↳ Such a scam and run around company wish i would’ve known this and went with a r...
American Home Shield

↳ Iam very disappointed customer.
is not affiliated, associated, authorized, endorsed by, or in any way officially connected with A And E Tv, or any of its subsidiaries or its affiliates. The use in this website and/or in related promotional print or video material of trademarked names and images is strictly for editorial and descriptive purposes.


Complaints & Reviews — A And E Tv

A And E Tv → Unwanted black box on screen

I have had a black box covering my tv screen for the past 6 days. This only happens on the E-tv channel. This is very frustrating,to say the least. It is an ad for Openview which I do not even have,yet it appears on my screen. Come on E-tv, I expected better frOm you. I live in… Read more➤

I cannot understand why they would air such a violent program at 7 in the morning while the parents are getting ready for work and the kids ready for school. I was appalled when one of my relatives turned on the show “Dog The Bounty Hunter,” which is has too much violence for an early morning. There… Read more➤

Called Sears for repair on a dishwasher. Of course they will not give a specfic time, I had tobe home between 1:00 to 5:00 p.m. Took a half day off work. Got a call from a man who identified himself from A&E who could barely speak english. I asked if he was from Sears – YEH YEH… Read more➤

We scheduled an appointment with A&E to have our GE refrigerator repaired. We had to go with them because GE contracts with them for their extended warranties. The time of arrival for a tech was between 8:00am to 5:00pm. They said there was no way to give a more specific time. We stayed home the entire day… Read more➤

A And E Tv → A & E has terrible customer service!

A & E has made me so mad that I will never use them again. In brief…. after calling them to fix my refrigerator, they say they need a part that they don't have and schedule to come back in 6 days. Then, they confirm the appt., but cancel because the part has not arrived. Fine.. Then… Read more➤