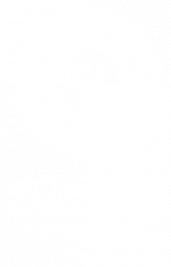 ↳ Aggressive salespeople
is not affiliated, associated, authorized, endorsed by, or in any way officially connected with 360 Invest Group, or any of its subsidiaries or its affiliates. The use in this website and/or in related promotional print or video material of trademarked names and images is strictly for editorial and descriptive purposes.

Losing money online does not have to be the end of it, get your money back from frauds by reaching out to privateyedea at gmaiIdotcom and join us in a class action lawsuit against these guys. We need your signatures guys!

Just got a call from their customer service, saying that I’m interested in Amazon investment. I said no, they were rude and hang out the call. lol

Repeated calls, several times a day from telesales trying to get you to ‘invest’ (part with) your money. Claim to be London/UK based, however they are actually located in Bangalore and their investments are known scams. When you tell them this their sales staff become aggressive and rude. PLEASE DO NOT GIVE THEM ANY FINANCIAL DETAILS OR… Read more➤

I invested in alternative market through the Group Carbonex part of the 360 Invest Group.i HAD NOT HEARD FROM THEM FOR SOME TIME and I did not get a reply to my e-mails.This afternoon I received a phone call from someone who said he is from ‘alternative Market’.He informed me that 360 invest group had gone bankrupt… Read more➤

I received a cold call from Chris Ryder a broker claiming to be based in the City of London working for a company called 360 Invest Group. He was very charming at the start of the call however when I said I wasn't interested he started getting aggresive and even swore at me at one point whereby… Read more➤

360 Invest Group who claim they’re based in London are NOT! Beware consumers, do not ever do business with this company. They claim to be working in an office in London (45 Beach Street) however after doing a bit of research it has come to my attention that 45 Beach Street is a serviced office, and after… Read more➤

I was cold called by the 360 Invest group recently and I thought I’d do some research on them before I committed to anything; thank God I did!! Here’s what I discovered. 1. They are actually based in Marbella, Spain, not in London as they claim on the phone and they use an internet based phone system… Read more➤

Financial Services
Share Report
Most Reviewed:
The worst Oven with their PowrOven on the Platinum Series
→ BlueStar Cooking | 2 reviews
I djdnt know i ordered a 2in. Mattress pad, I. Thought there was only one size, and i thought i was downsized, but i got the 2 in. Pad and so far we are liken it. Dont know if i would of liked the
→ MyPillow | 102 reviews
All of their working
→ ESource Network | 3 reviews
bus stop and customer service
→ MegaBus | 150 reviews
Order paid online but was refused my food
→ Subway | 107 reviews
Turkey smells
→ Butterball | 93 reviews
Horrible warranty service
→ Pentair | 74 reviews
Making things harder then they need to be.
→ SiteGround | 59 reviews
Sale signs not being honored
→ HomeGoods | 80 reviews
Panels not connected
→ Tesla | 108 reviews
Copyright © 2021 CLAIMBO.COM. All rights reserved.