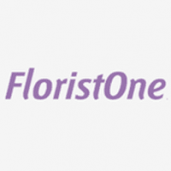 ↳ delivery not made on birthday
NetFlorist

↳ Flowers never arrived at funeral.
is not affiliated, associated, authorized, endorsed by, or in any way officially connected with 24SendFlowers, or any of its subsidiaries or its affiliates. The use in this website and/or in related promotional print or video material of trademarked names and images is strictly for editorial and descriptive purposes.

I ordered a bonsai and a bottle of wine for my aunt’s birthday, along with a card with a message. The gifts arrived with an invoice belonging to someone else (who sends an invoice with a gift???), the box it came in was addressed to someone else, and the plant was nothing like what they have posted… Read more➤

I ordered flower with customized ribbon to be delivered to St. John’s Dixie Cemetery Chapel, to my surprise I couldn’t tell whether it was delivered or not. I didn’t see the customized ribbon I ordered on any of the flowers in the Chapel. Nobody bothered to call me though I requested when I placed the order.

There is reason to believe that Australian pasts is abusing its privileged position. With a loud announcement that now to send will be more profitable practically doubled the price of the shipment from 0. 54 to 1 euro. In addition, it is for one a4 page for the simplest shipment in Australia. Sometimes I send documents around Brisbane. Now it turns out that I have to leave with sab. Trans. It is more profitable than sending by mail. Look out! Now, if you make a mistake and, in the old days, stick the mark for 0. 54 AUD. You will be fined 0. 82 AUD. TI Loses the paid 0. 54 AU$‎ and adds another 0. 82 AU$‎ just to get back the letter you wanted to send. You have to lose 1. 36 AUD. According to lr regulatory enactments, contractual penalty,exceeding 30% is already considered disproportionate. In addition, the quality of Australian postal services is under every criticism. Shipments via Australia take 2-3 weeks. The package arrives from China to Australia in less than a week, but you can receive it only after a month and a half. It is visible both after the tracking code and the postage stamps. In addition, the mentioned post office is in Marupe ~ 5 km from the airport, where parcels are sorted. By comparison, ups deliver packages from the US within 3 days, including customs clearance. And the fee is equivalent. Parcels are looted, but submissions are ignored. And this is just one person - my personal experience. I'm afraid to imagine how many cases go unreported.