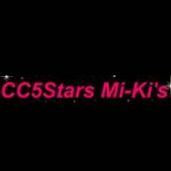 She sold us our dog with breeding rights and refused to acknowledge that there ...

↳ Selling puppies with multiple congenital defects
I have photos of my dog, but Im unable to send them, as my i-phone, I am learni...

↳ Puppy ears never went up. Tail to long.
After reading these reviews, it sounds like a puppy mill with mean owners to the...

↳ Shopping elswhere.
I got a puppy from Bullcanes.

↳ Scammers Please Read!
I have photos of my dog, but Im unable to send them, as my i-phone, I am learni...

↳ Puppy ears never went up. Tail to long.
After this incident, we told Julie we would like a refund based on the fact th...

↳ Julie Martinez and Mittelwest Kennels Sold us 2 sick Puppies, 1 of which died!
Not to mention the fact the Melissa herself NEVER contacted me PERSONALLY, as s...

↳ I feel like they might be scamming people, and I definitely feel taken advantage of
I got a puppy from Bullcanes.

↳ So far, so good!
More Contact Info
Other Info

Reviews for this company have not yet been written. You can be the first!
Did you have any deals with Cathy Payne? Feel free to share your consumer case.
Leave a complaint or review.

Most Reviewed
"To ask about data plans"

I bought a new Nissan Qasqai from CanadaMotors dealer. I accepted the car with the idea that everything was fine. A couple of days later, I noticed that threads from one seam came out of the upholstery of the seat of the next person and it looked like the thread was torn, no one was sitting in that bench and the car was only in my possession for two days. I approached CanadaMotors with a warranty repair request, but received a refusal with a text to write to Nissan, so I said I had told the seller about the defect. I did so, but again I received a refusal with the text that I have broken the bank myself and that CanadaMotors has given it to me in perfect order, as well as looking at the car, I have concluded that I have broken it myself. I currently have a new car with a broken bench. Don't buy a Nissan and never do it at CanadaMotors.